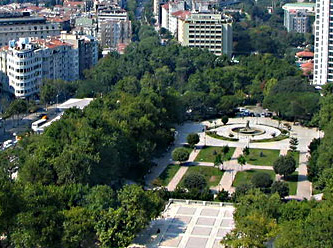 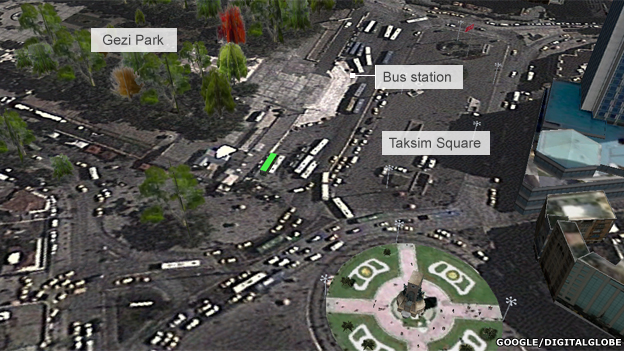 These are overhead views of the Taksim Square/Gezi Park area prior to the start of the protests.

This guide is intended as an archive of Internet and print coverage of the protests that broke out in and around Taksim Gezi Park in Istanbul, Turkey during May and June 2013, and ultimately spread throughout the country. Similarly, the issues behind the protests grew from the preservation of a beloved urban park and historical site to a broad questioning of whether the Turkish government actually represented the will of its people. This upheaval has come to be known as "The Turkish Spring". The sheer amount of coverage of these events is staggering. This guide can hope to be little more than a sampling, a beginning, a work in progress. It represents my own choice of coverage, and is not intended to be a comprehensive or authoritative listing. Hopefully, it will inspire you to seek out more information, and point you towards where to find it. Only coverage in English or Turkish will be included.

I decided to include images with this guide, because there are so many amazing, moving, inspiring images of the protests out there on the Web. I was literally overwhelmed by them, sometimes enraged, sometimes inspired, always informed. It was clear that the photos and videos were an essential part of any documentation of the events. I have chosen some of the ones which I think best capture the experience of the Gezi Park protests. Hopefully, you will be moved to seek out more.

The Area Before the Protests 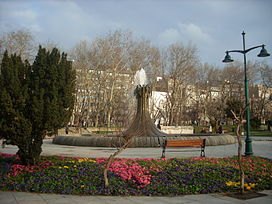 Another view of the area before the protests began. 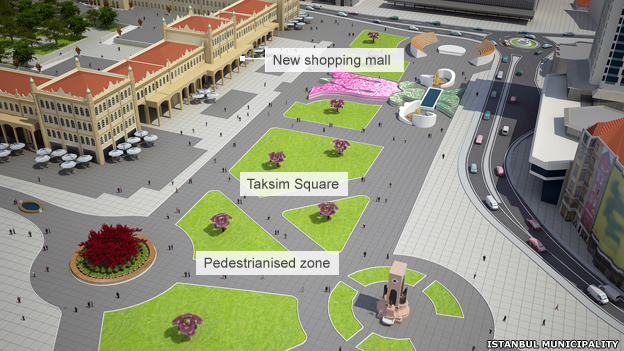 This is a depiction of the municipal government's plan for renovation of the area. In order to construct this new mall, Gezi Park, one of the last green spaces in the Beyoglu district of Istanbul, would have to be destroyed. This is what started the protests. Things escalated when police attacked protesters in the park.