GOLD members (Manuel de la Cruz Gutierrez, Rachelle Nelson, and Rebecca Stuhr) created a poster entitled: "Building an Environment that Embraces Diversity: GOLD at the Penn Libraries" that was presented at the National Diversity in Libraries Conference (NDLC) held at UCLA on Aug. 10-13, 2016. 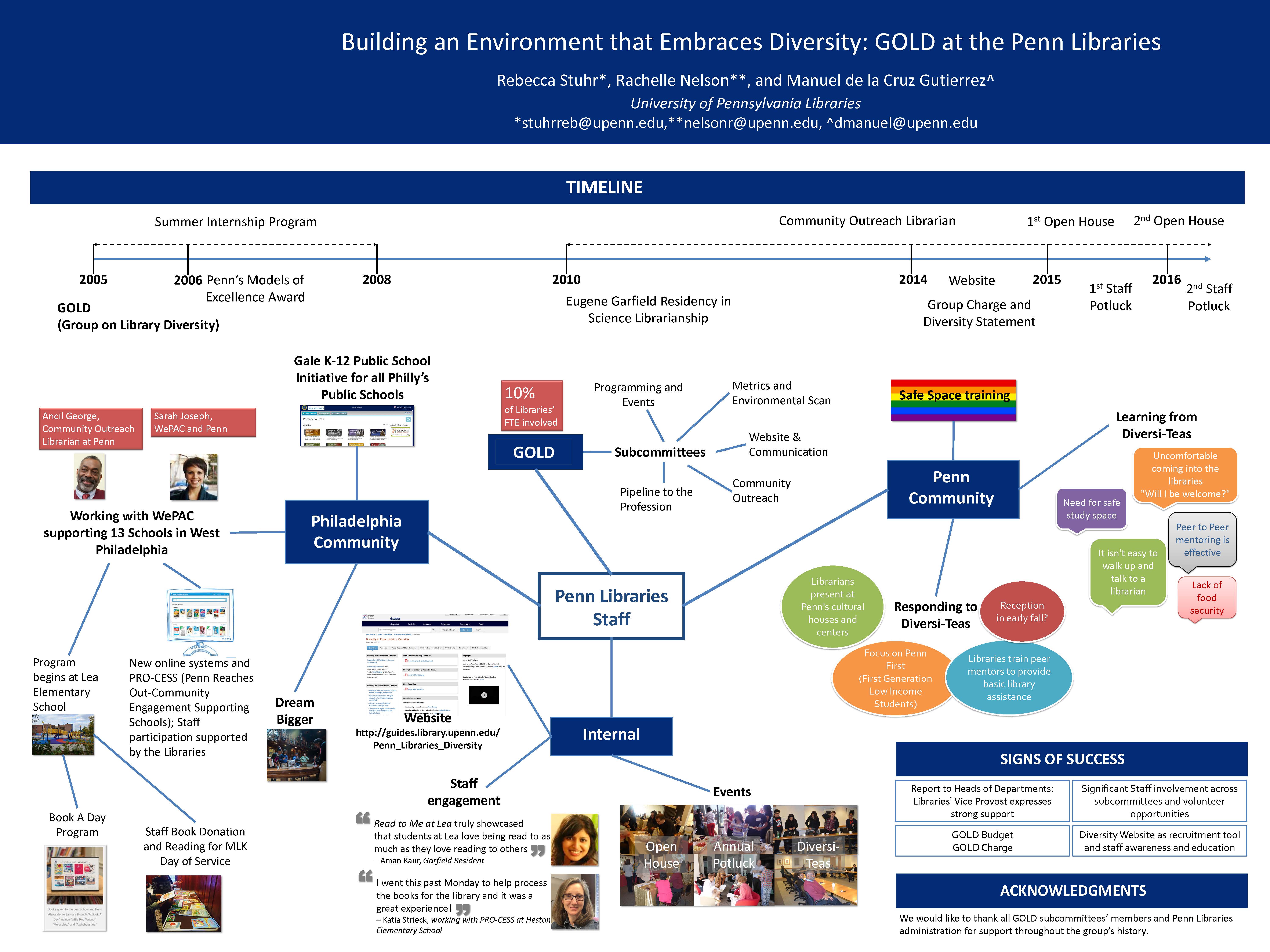 This poster presents the road map, mission, and progress of Penn Libraries’ Group On Library Diversity. Through its official charge, GOLD is addressing recruitment and retention of diverse staff; building awareness through increased participation in planning, workshops, and community activities designed to draw attention to and improve the climate of diversity within the libraries; and, reaching out to campus cultural centers and neighborhood schools to contribute to a learning environment in which every student thrives.

visit the University of Pennsylvania Libraries

‘Fun and educational’ - these were the words used by parents to describe the experience of the Bangla School students, during their field trip to the University of Pennsylvania Libraries. The program on 19th December 2015 was a resounding success with parents and students requesting more such events.

The strong South Asia collections of the University of Pennsylvania Libraries were on display as the students explored Bengali language material. Traditional resources and modern technology were both used in tandem. Exploration of the rich Bengali children’s literature collection was an extremely popular exercise; it was followed by a story-telling session in the Kislak Special Collections Center with the use of digital tools that magnified the story book characters on a big screen. The most popular activity, however, was the creation of comic strips in Bengali by the students in the Collaborative Classroom. The event concluded with the screening of an award-winning children’s science fiction film from the Penn Libraries’ video collection.

This trip to the University of Pennsylvania Libraries by the Bengali school community opened new doors in creative thinking for language teaching and learning.

Working on the Pipeline to the Profession

Architect. Filmmaker. Scientist. These are just a few of the many dream professions nestled in the imaginations of middle schoolers at Independence Charter School. Located in Center City, Independence Charter is a Spanish-English bilingual school with a focus on global citizenship and cultural diversity. Due to its overwhelming success in this area, the school attracts students from 49 Philadelphia zip codes.

On Monday, March 23, 2015, Ancil George, Deborah Bishov and Catrice Barrett attended Career Day at the school with the goal of helping students better understand librarianship in today’s digital age. Penn Libraries’ visit to ICS builds on the Group on Library Diversity’s (G.O.L.D.) commitment to increasing awareness and availability of library resources for students in local schools. This is a commitment already reflected in the existing partnership between Penn Libraries and Lea Elementary School in West Philadelphia.  To read the full blog posting, visit The Thread 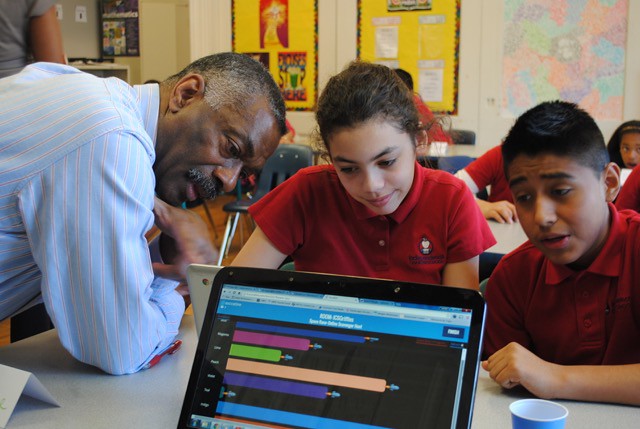 Penn Libraries' Lea Elementary School program has a primary goal of building the resources of the Lea School library and making it a center for services to Lea School children, from kindergarten through the eighth grade. Penn Libraries' Ancil George, Community Outreach (now Community Engagement) Librarian, pioneered this initiative, working with neighborhood organizations and community and campus volunteers to provide services, build the collection, and importantly provide a new automated library system. For the first time, Lea School students can search the school's library from home and at all hours of the day and night. The libraries are working with WePAC (West Philadelphia Alliance for Children) and the West Philadelphia Coalition for Neighborhood Schools. Penn Libraries Community Outreach is beginning to extend its program to West Philadelphia High school and Huey Elementary School. Gina Pambianchi succeeded Ancil George in the position of Community Engagement Librarian in February of 2020. If you are interested in finding out how to volunteer or in other ways support West Philadelphia schools, contact Community Engagement at Penn Libraries. 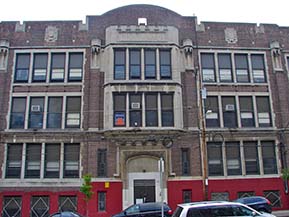 During the summers of 2005-2008, the Summer Internship Program introduced high school students of color to the library and information science profession. The University recognized the success of the Program by awarding GOLD the 2006 Models of Excellence Award.

Summer Internship Program: Recollections from the Past

"I never knew I would be this happy to work in a library ..."  and other comments from Summer Internship Program participants.