Rush on Abolition and Race

Among the Founding Fathers, Benjamin Rush was considered the leading abolitionist as well as the loudest voice confronting racial prejudice against free Blacks.

Both of these were encouraged by the leading abolitionist of the day, Anthony Benezet, who started the nation’s first small anti-slavery group in 1775. It was not active during the war, and was restarted the year he died, 1784. 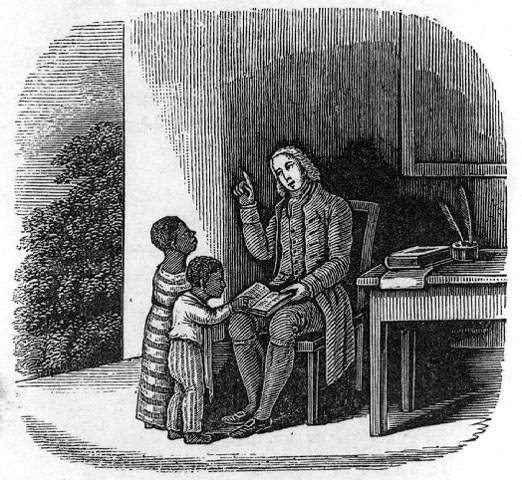 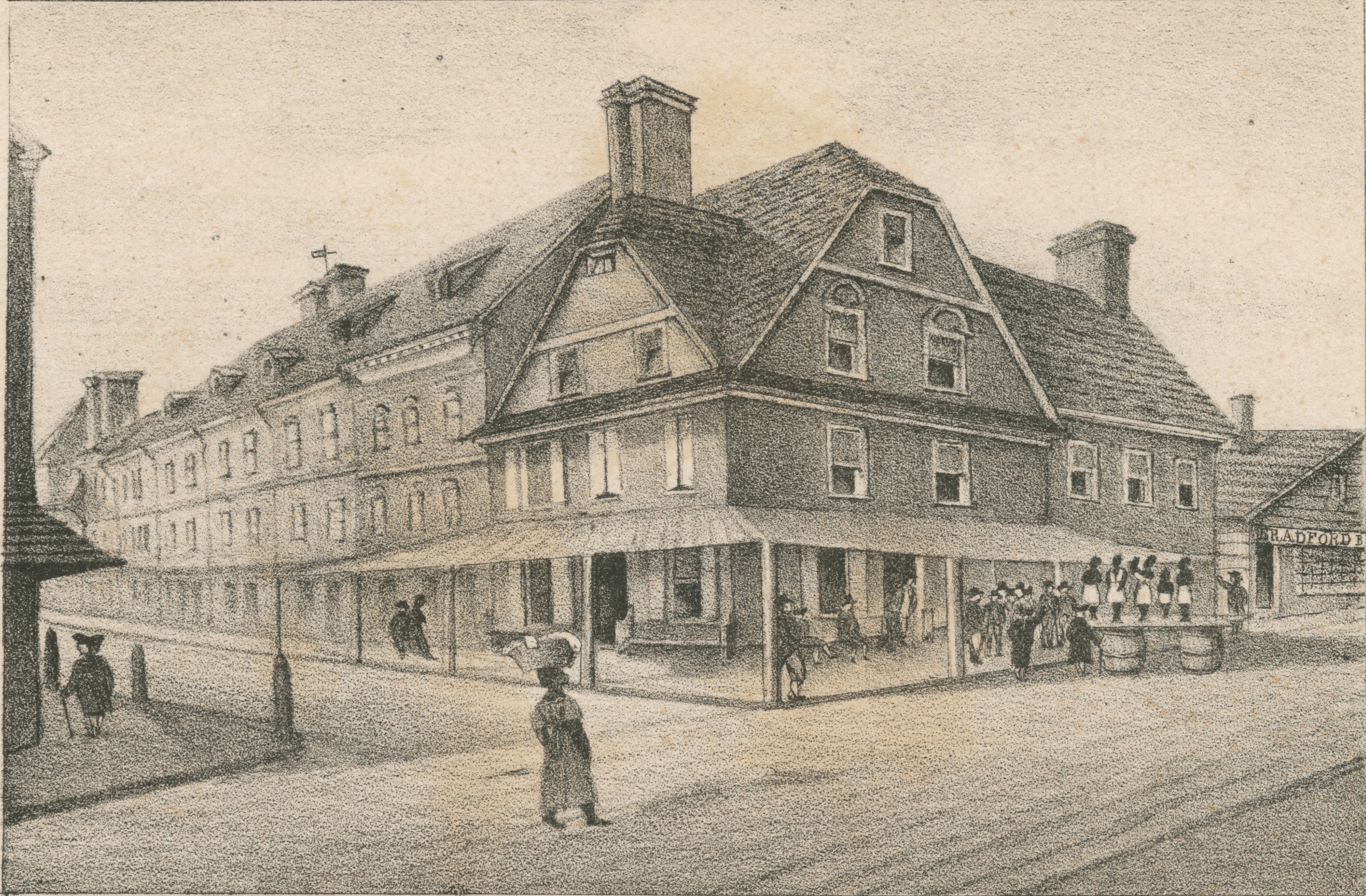 Rush joined at that time, but the group--the Pennsylvania Society for Promoting the Abolition of Slavery and for the Relief of Free Negroes Unlawfully Held in Bondage--was not very active until 1787. That’s when Benjamin Franklin took over as president, Rush as Secretary, and they reinvigorated it as the nation’s first important anti-slavery group—known as the Pennsylvania Abolition Society. At the same time, Philadelphia’s leading Black clergymen, Reverends Richard Allen and Absalom Jones, created the Free Black Society, a mutual aid organization which defended the rights, interests and religious freedom of free Blacks.

When Revs. Allen and Jones, felt rising prejudice in the city’s churches—and increasingly segregated seating—Rush encouraged them to start their own house of worship. He went so far as to defy the nation’s leading cleric, Bishop William White, and drew up a plan for them to start the first free Black house of worship in the country. He also helped raise the money for the effort which eventually led, in 1794, to the opening of two free Black churches, several blocks from each other, Mother Bethel African Methodist Episcopal (AME) Church and The African Episcopal Church of St. Thomas. That same year, Rush helped found the national organization of abolition societies; in 1795, he was the organization’s president. He remained active in the state and national abolition societies throughout his life, drafting many of their position papers against slavery, and prejudice against Free Black people.

Rush Owned One Enslaved Person: What We Know About William Grubber

Rush also, inexplicably, owned one enslaved person, a cook named William Grubber, who Rush bought from a sea captain named David McCullough—when this happened, and how old Grubber was is not known. It is now believed that Rush “bought his time,” as he described it, around 1780. And for the next dozen or so years, Grubber worked either in the Rush home, or Rush was paid for Grubber to work as a cook on ships (as is noted periodically in Rush’s business logs.)

Rush filed manumission papers for Grubber on May 24, 1788, which are available in the collection of the Abolition Society and state that he would be freed in February, 1794. But we know he was freed earlier--from another letter in the Rush manuscripts collection, dated May 1793. This letter presumably was given to Grubber as proof he was free, and as a glowing recommendation from Rush for anyone interested in employing him.

Rush recommends Grubber: "Whilst he lived with me he was sober, honest, and faithful. He leaves me with the affection, and best wishes of every member of my family, and I do hereby recommend him to the protection and friendship of all persons who love integrity, and goodness of heart."

Grubber continued to work on and off in Rush’s home until his death in 1799. His hospital records from that year, showing that Rush paid for his care at Pennsylvania Hospital and his burial, are in the hospital’s archives. When Grubber died in 1799 Rush wrote a remembrance of him in his commonplace book (it appears in The Autobiography of Benjamin Rush.) In it, he described Grubber as “a native African whom I bought, and liberated after he had served me for ten years” (the time period is not likely accurate). He described Grubber’s change from “a Drunkard” who “swore frequently” to “a sober, moral man and faithful and affectionate servant.” He remembered especially a night in 1787 when Rush, gravely ill, was expected to die, and William stayed up with him all night.

There is no evidence that anything was known about Rush owning an enslaved person during his lifetime (except for the two physicians who witnessed the manumission papers.) Rush was a controversial man, and often made statements—in his writing and lectures—confronting people with racist views. It stands to reason that if his critics, who were vocal, knew he owned an enslaved person, they would have accused him of hypocrisy during his lifetime—but we have no evidence they did.

It actually wasn’t until 1948, when Rush’s autobiography and commonplace books (long held privately by the family) were published in a single volume, that any evidence of Grubber’s existence appeared in print; it’s on page 246, in a commonplace book entry for June 17, 1799.

In 1951, that entry was cited in a now-controversial footnote in the otherwise authoritative two-volume set of The Letters of Benjamin Rush, edited by Lyman H. Butterfield (who went on to edit the John Adams Papers.) In a letter to his wife Julia on July 23, 1776, Rush wrote “Wm. Fell asleep as usual this evening.”

Butterfield claimed that this “Wm.” was the Grubber mentioned in the recently published Autobiography. He offered no evidence for this, and currently none exists. But this footnote (P. 107 n 5) has led some, over the year, to claim Rush owned a slave when he signed the Declaration.

In 1787, as a memorial to Benezet, Rush published a provocative essay in Columbian Magazine called “Paradise of the Negro Slaves—A Dream” It recounted a dream during which dead enslaved people instructed him to carry back to living White people wrenching stories of their horrific treatment by their owners.

In 1789, Rush published in the January issue of American Museum magazine, two fascinating case studies of remarkable African Americans—the first known free Black physician, James Durham, and an enslaved Black mathematics genius in Virginia, Thomas Fuller. Rush knew Durham and had been corresponding with him. He had friends who had met Fuller, who could multiply ten-digit numbers in his head, but had never learned to read or write. (When one of Rush’s friends commented it was “a pity he had not had an education equal to his genius,” Fuller said, “no massa—it is best I got no learning; for many learned be great fools.”) Rush wrote this piece at the request of the abolition society in London, which had asked him for “accounts of mental improvements, in any of the blacks...in order the better to enable them to contradict those who assert, that the intellectual faculties of the Negroes are not capable of improvement equal to the rest of mankind.”

Observations Intended to Favour a Supposition That the Black Color (As It Is Called) of the Negroes Is Derived from the Leprosy A minor political talk Rush gave originally at a special meeting of the Abolition Society in 1792, offering a broad speculation, which he never attempted to prove, on why African-Americans had dark skin while they were, in his opinion, otherwise the same as White people. He speculated that in their genetic past were people whose skin had been darkened, perhaps by disease—and the only disease he knew that could do that was leprosy. It apparently didn’t occur to him that some might find this theory offensive. He clearly offered the paper to fight racists who believed African-Americans were inferior and a separate species, and told Thomas Jefferson (who held less progressive ideas about race) that he hoped the essay might help convince white people to treat African-Americans “with humanity, and justice.” Rush’s paper was written in response to the much better-known and more influential 1787 book “Essay on the Causes of the Variety of Complexion and Figure in the Human Species” by Dr. Samuel Stanhope Smith, then a professor at Princeton, and later its president. Years later Smith revised his essay, which was republished in 1810 to great fanfare and was believed to have influenced Darwin. We don’t have the original version of Rush’s essay, just an updated version he asked Jefferson if he could present at the American Philosophical Society in 1797. Rush never published this talk as medical writing; it was only published in the Philosophical Society’s annals in 1799. It made little impact during Rush’s life, and The Lancet described it in 2002 as “one of the more bizarre attempts to account for human diversity while arguing for the ultimate brotherhood of mankind.”