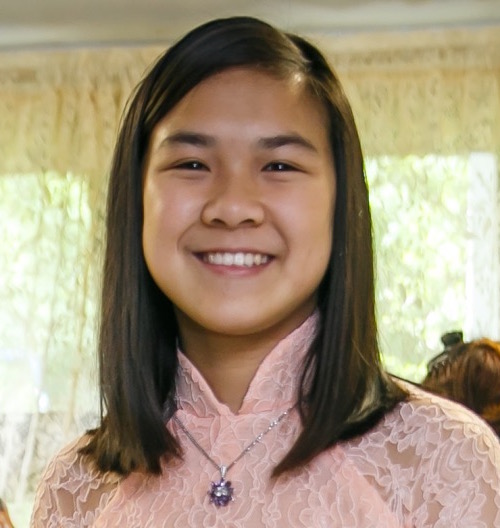 Pieces from the Pennsylvania Gazette about the Rush project and how Penn students participated in the groundbreaking research. Gazette excerpt, Q&A with author, Penn Today story on student participation, Kelly Writers House event (with student researchers) about the project.

A doctor, a political activist, a Founding Father

Navigate this virtual Benjamin Rush portal, inspired by Stephen Fried’s biography, and see the world through the eyes of America’s Founding Physician. Dive into Dr. Rush’s life from his decision to study medicine to his work at Penn revolutionizing the education of doctors and the care of mental health and addiction.

Follow Rush’s journey through the earliest days of modern medicine, and join him as an eyewitness the American Revolution, so you’ll meet the world’s founding physicians as well as the country’s Founding Fathers, and explore Rush’s unique  friendships with Benjamin Franklin, John Adams and Thomas Jefferson. Witness Rush’s life during the Revolutionary War as a physician and his relationship with George Washington. Learn about Rush’s heroic efforts to help cure the people of Philadelphia during the Yellow Fever epidemic of 1793. Discover Rush’s passion for understanding and destigmatizing mental health as a staff member at the Pennsylvania Hospital, and the leading teacher at the University of Pennsylvania medical school. 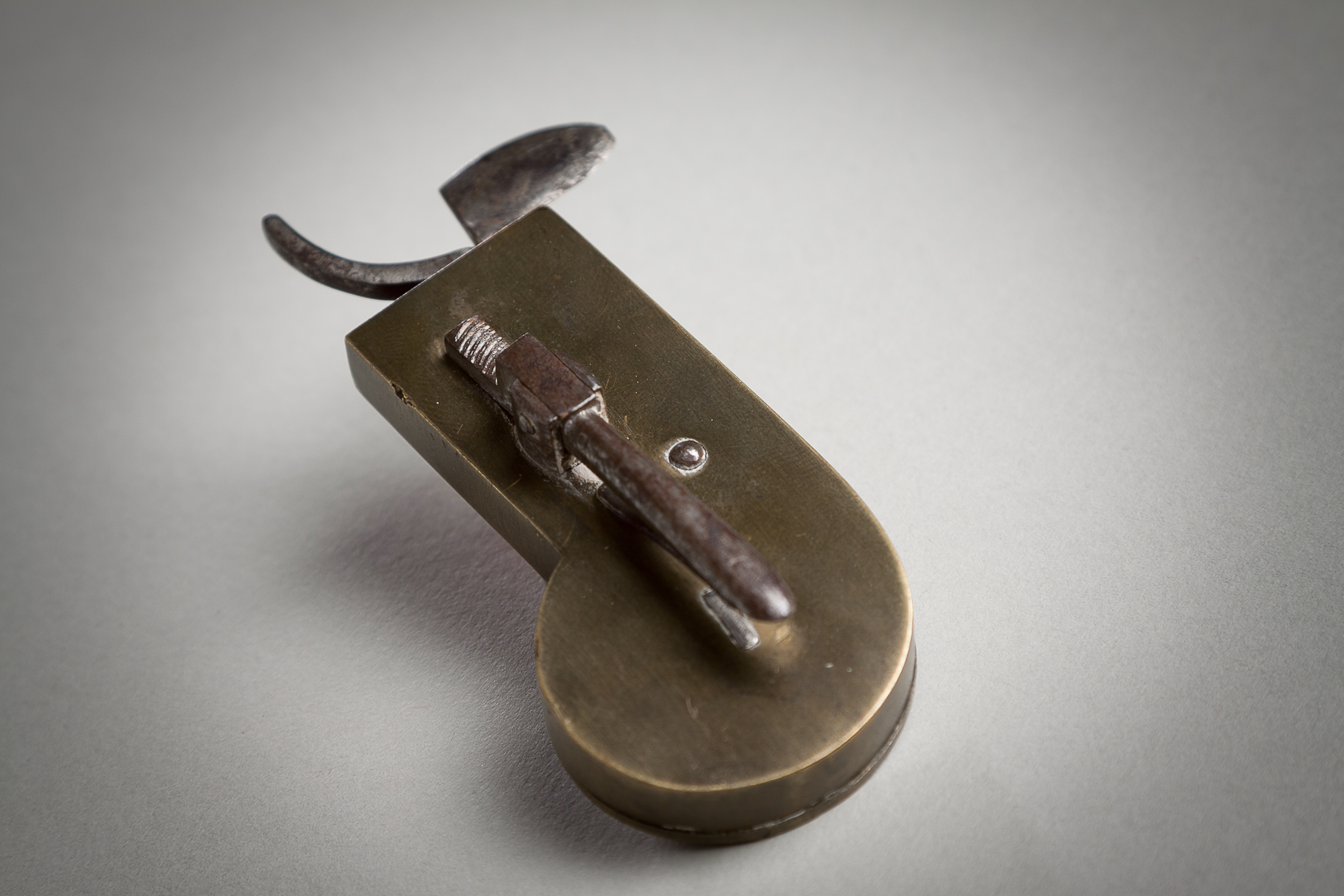 Biographer and Penn faculty member Stephen Fried discussed new access to Rush's writings, the nascent Rush Papers Project by Penn Libraries and the Library Company of Philadelphia, and the Penn Libraries' evolving Benjamin Rush Portal. Fried described how the Portal has blossomed thanks to the work of Yen Ho, a library science intern at the Penn Libraries Biotech Commons working under his guidance. Hear about the abundance of Rush papers, lecture notes, and journals that are now united and easily accessible, ranging from Rush's medical training and teachings to his writings about the 1793 Yellow Fever pandemic to race and abolition. The Portal pulls together resources from numerous institutions, including Penn Libraries and the Library Company of Philadelphia.

Click on the manuscript below to see the first available scans of Rush’s lecture notes from his courses at the University of Pennsylvania, where he taught the first 3000 physicians trained in the US!

The digitization of this material is funded by the Council on Library and Information Resources. 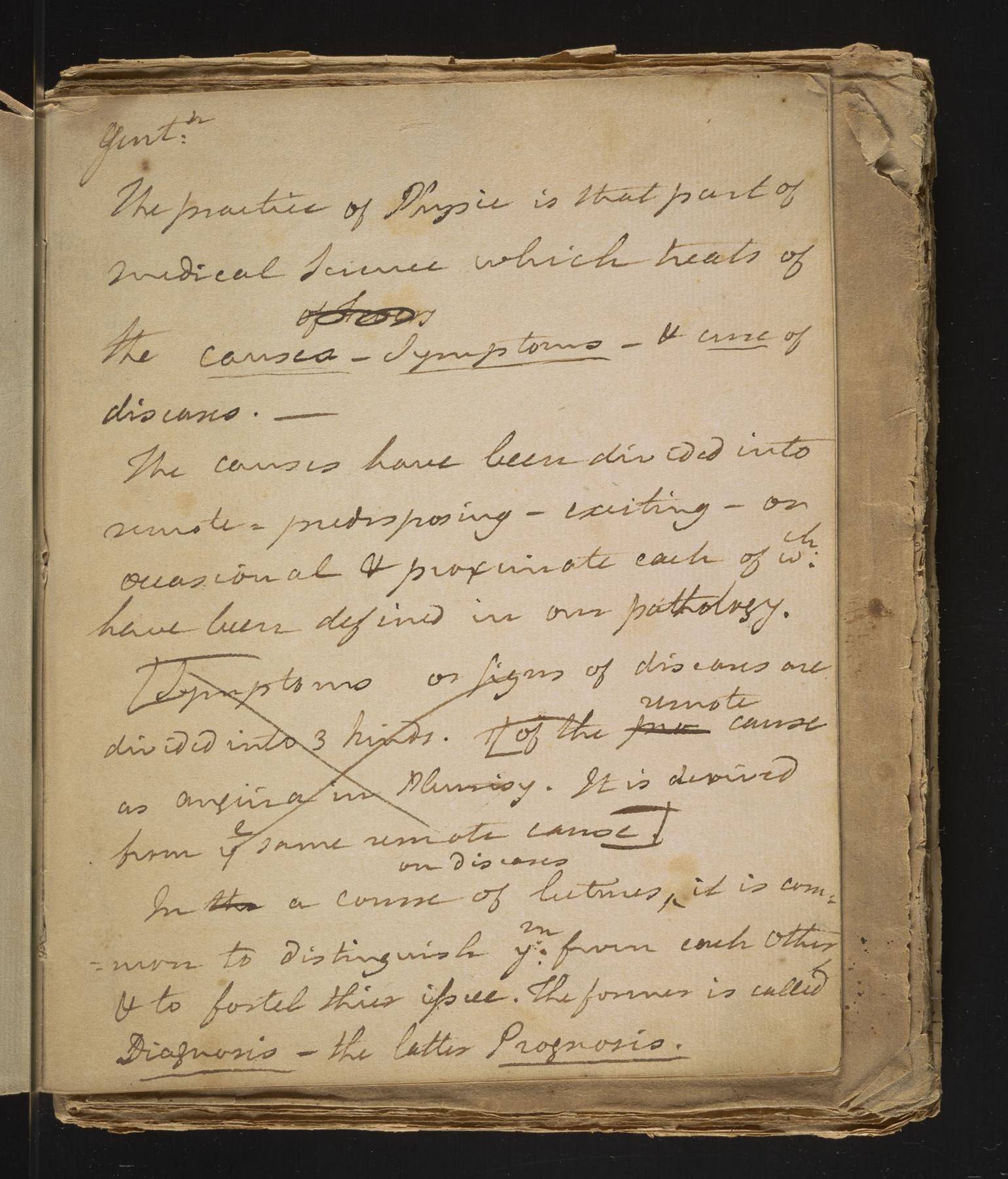 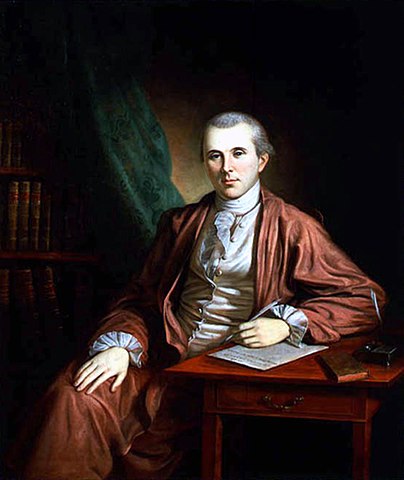 "Rush decided to use the portrait to recast himself as a man of letter, science, and philosophy. He was portrayed sitting in his study as a small wooden table, looking up with a half-smile as if just interrupted from writing a sentence -- which reads,

'We come now gentlemen to investigate the cause of earthquakes.'

As for Rush's face, it wasn't the most engaging rendering ever done of him, nor was it as typically animated as Peale's other work. But the painting made Rush appear exactly as he wanted to see himself: as a man of science, philosophy, and literature, surrounded by ideas." (Fried, 261-262)