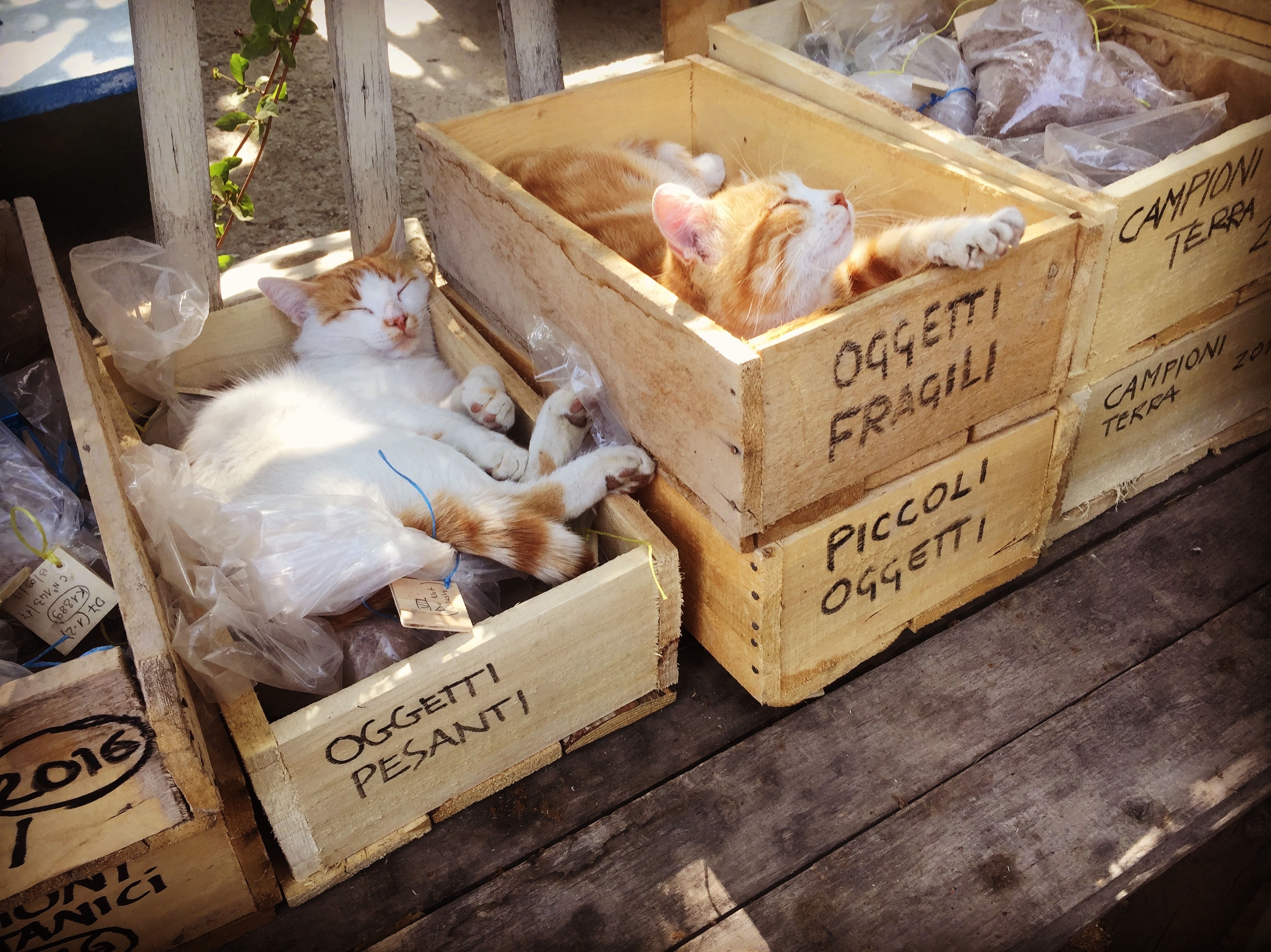 Penn in the Field: Student Fieldwork Photography, 2013-2018 showcases fieldwork and research travel of current undergraduate and graduate students through their own lenses. This year's contributors include students from Penn's Department of Anthropology, Art and Archaeology of the Mediterranean World graduate group, Near Eastern Languages and Civilizations, and East Asian Languages and Civilizations.

The exhibit will remain on display on the Museum Library’s first and second levels until August 2019.

Hack your Bibliography with Zotero!

Zotero is a free tool that allows you to collect, organize, cite, and share your research sources as you find them. Zotero identifies a variety of item types, including books, articles, maps, images, videos, and more! Collect with a click in your browser, and your items will be synced across devices and ready for you to organize with collections, tags, and notes. Create your bibliography directly within Microsoft Word with your chosen citation style. Collaborate with colleagues and distribute bibliographies through shared collections.  Registration: http://libcal.library.upenn.edu/event/4903006

[Dig]ital Discoveries: Emerging Tech in Archaeology and Anthropology, I

Please join us for a conversation with Anthropology PhD Candidate Li Li, whose research focuses on Paleolithic technology and human evolution. Li Li will discuss her fieldwork at the Shuidonggou Site in Northwest China and her use of Agisoft to build a 3D model of the site.

Read more about her research in this recent Penn Museum blog post, which was also featured in Penn Today!

Please join us for a conversation with AAMW PhD Candidate Emily French, whose research engages Roman conceptions of space through landscape/geographic floor mosaics. Emily will share about her fieldwork in Cosa, Italy and her use of 3D modeling to both document trenches and resituate mosaic floors in their original interior contexts

Please join us for a conversation with SAS senior Malkia Okech, who is majoring in Near Eastern Languages and Civilization. Malkia's coursework has included a range of technologies, including 3D modeling and scanning, drone piloting, spatial analysis, and more. Her current research on her senior thesis entails reconstructing the tomb of Osiris at Abydos, Egypt.  She will discuss her fieldwork in the Vayots-Dzor region of Armenia and how she created a VR experience of the reconstructed medieval fort site. Learn more about the full scope of this project on Malkia's blog, Archaeological Experiments with Virtual Reality

Please join us for a conversation with Professor Peter Decherney, Professor of Cinema & Media Studies and English. Professor Decherney has directed documentary and virtual reality films includingFilmmaking for Democracy in Myanmar, Glimpses of Kalobeyei about a refugee settlement in Kenya, and The Heart of Puerto Rico about artists in Puerto Rico after hurricane Maria. He will discuss his work with ethnographic filmmaking with a 360 camera.

I Finished My Dissertation. Now What?

You will learn about your rights as an author and how to protect them, things to take into consideration as you prepare for subsequent publication, and general tips and tricks for publishing and sharing your work. There will be ample time for Q&A., so bring your questions!

Things Every Student Should Know About Copyright and Publishing

Hack Your Bibliography with Zotero!

Zotero is a free tool that allows you to collect, organize, cite, and share your research sources as you find them. Zotero identifies a variety of item types, including books, articles, maps, images, videos, and more! Collect with a click in your browser, and your items will be synced across devices and ready for you to organize with collections, tags, and notes. Create your bibliography directly within Microsoft Word with your chosen citation style. Collaborate with colleagues and distribute bibliographies through shared collections.

Please bring a laptop! Signing up for and installing Zotero before this session will maximize our time to engage this tool more fully.

The session will begin with an introductory tour of the rich Penn Museum Archives with archivist Alex Pezzati. Participants will learn about tools to discover unique collections and about best practices for researchers who use archives.

NOTE: Please meet at the Penn Museum’s Kress Entrance (side entrance) for tour

Digital Humanities Specialist, Sasha Renninger, will discuss some basic concepts and tools for data visualization. Attendees will explore RAWGraphs, a D3-powered, free and open source toolkit built for "making the visual representation of complex data easy for everyone." Walk through the process of taking your data from an Excel spreadsheet to an interactive web-ready visualization.

In this session aimed at students and early-career authors in particular, Hannah Bennett, Director of the Fisher Fine Arts and Museum Libraries, will share her expertise in finding images, understanding image rights, and seeking permissions to use in dissertations and publications.

With 800,000+ pages about more than 400 cultures worldwide, the online collections known as eHRAF World Cultures and eHRAF Archaeology are important tools for cross-cultural research in the social sciences. Workshop participants will learn to navigate the complex HRAF index and construct effective searches in the online database, eHRAF World Culture, with Head of the Museum Library Deb Stewart.

Bring your laptop and research topics!

Please join Ph.D. candidate in NELC, Paul Verhelst, and Head of the Museum Library, Deb Stewart, in the Museum Library from 3-4PM on Friday, 9/28 to discuss the Napoleonic expedition to Egypt and this extraordinary publication. During this one-hour "pop-up exhibit," several volumes will be on display, and library staff will be available to turn the pages for viewing by Penn students, faculty, and staff as well as visitors to the Museum.

French diplomat, Paul-Émile Botta, and British adventurer, Colonel Austen Henry Layard, excavated at Khorsabad, Nimrud, and Nineveh in the 1840s and 1850s. Although they were not the first European antiquarians to conduct research in Mesopotamia, beautifully illustrated publications about their discoveries and adventures excited European and American audiences and were important catalysts to Assyriology. Their large-scale projects inspired further explorations and research, including the first American archaeological expedition in the Middle East, which was undertaken by the University of Pennsylvania at the site of Nippur and led to the founding of what is now the Penn Museum.

Join NELC faculty members and Associate Curators at the Penn Museum, Richard Zettler and Grant Frame, along with Head of the Museum Library, Deb Stewart, to view and discuss books by Botta, Layard, and their contemporaries from the Museum Library's Locked collections.

South Asia has long been branded a spiritual land in the colonialist imagination; whether marveling at unfamiliar beliefs or deriding “heathen” practices, literature of the period frequently sensationalizes the region’s religious cultures. Travelogues such as those of Reginald Heber and Louis Rousselet emphasize hook-swinging, “suttee,” and Kālī-worshiping Ṭhugs. Social analyses such as those of Alexander Duff and John Welsh Dulles fixate on caste and lavish deity worship. Artists, too, are enchanted with religious imagery, with Emily Eden portraying the princely perspective, John Griffiths depicting premodern Buddhist cave-temples, and Tyra Kleen deftly capturing the movement of Hindu temple dancers in Bali. In browsing through these works, we’ll consider how sets of common tropes come to define South Asian religious life for colonial consumption.

Please join Dr. Adam Smith, Assistant Curator in Penn Museum’s Asian Section and Assistant Professor in EALC, to view and discuss a selection of 19th-20th-century books from the Museum Library on East Asian history, art, and artifacts during this one-hour pop-up exhibit. In particular, catalogs from the library’s special collections yield insights into the formative years of the Penn Museum’s Asian Section.

Dr. Clark Erickson will discuss Padre Francisco Javier Eder (1727-1773) and his impact on the study of the Bolivian Amazon. Eder’s Descriptio provinciae Moxitarum in regno Peruano (1791) and its translations will be on view, as well as maps and selected works of archaeologist and anthropologist Erland Nordenskiold (1877-1932).

Why is the Museum Lopsided? The History of the Museum Building through Archival Documents, Photographs, and Drawings

On Friday, please join Penn Museum Archivists Alessandro Pezzati and Eric Schnittke as they present the history of the Penn Museum building.  Archival highlights include documents, photographs, and drawings from the founding of the Museum in 1887 up to the 1980s.

Judging a Book by Its Cover with Head of the Museum Library, Deb Stewart

Many 19th and early 20th-century books have mechanically produced spines and covers that are decorated with vignettes or exotic motifs created through the use of blind stamps, gold leaf, and color application. These publisher’s bindings often reflect the contents of the book but are sometimes influenced by greater design movements.

The Museum Library’s special and general collections include a number of 19th and 20th-century explorers’ memoirs with such decorated bindings. You are invited to join Head of the Museum Library, Deb Stewart, to learn about the explorers and admire the decorative bindings that accompany their stories during this pop-up exhibit, 3-4PM, Friday afternoon on the first floor of the Museum Library.

A Race to Publication: Athenian Monuments in the 18th Century with Samantha Tory Breecher, Ph.D. candidate in Penn Classics, and Head of the Museum Library, Deb Stewart

In the middle of the 18th century, favorable diplomatic relations between Britain and the Ottoman Empire allowed two English architects, James Stuart and Nicholas Revett, to travel to Greece. They completed their survey of Athenian architectural monuments by 1753, but did not publish the first volume of their proposed three-volume folio until 1762. The French architect Julien-David Le Roy, after learning about their proposal and trip, hastened to Greece himself in 1755. He quickly published Les Ruines des plus Beaux Monuments de la Grèce by 1758, and an unauthorized English version, Ruins of Athens: with remains and other valuable antiquities in Greece, was published by Robert Sayer in 1759. For this Off the Shelf event, we will take a look inside some of these works and explore their aesthetic differences while delving deeper into the rivalry sparked between Stuart and Le Roy. 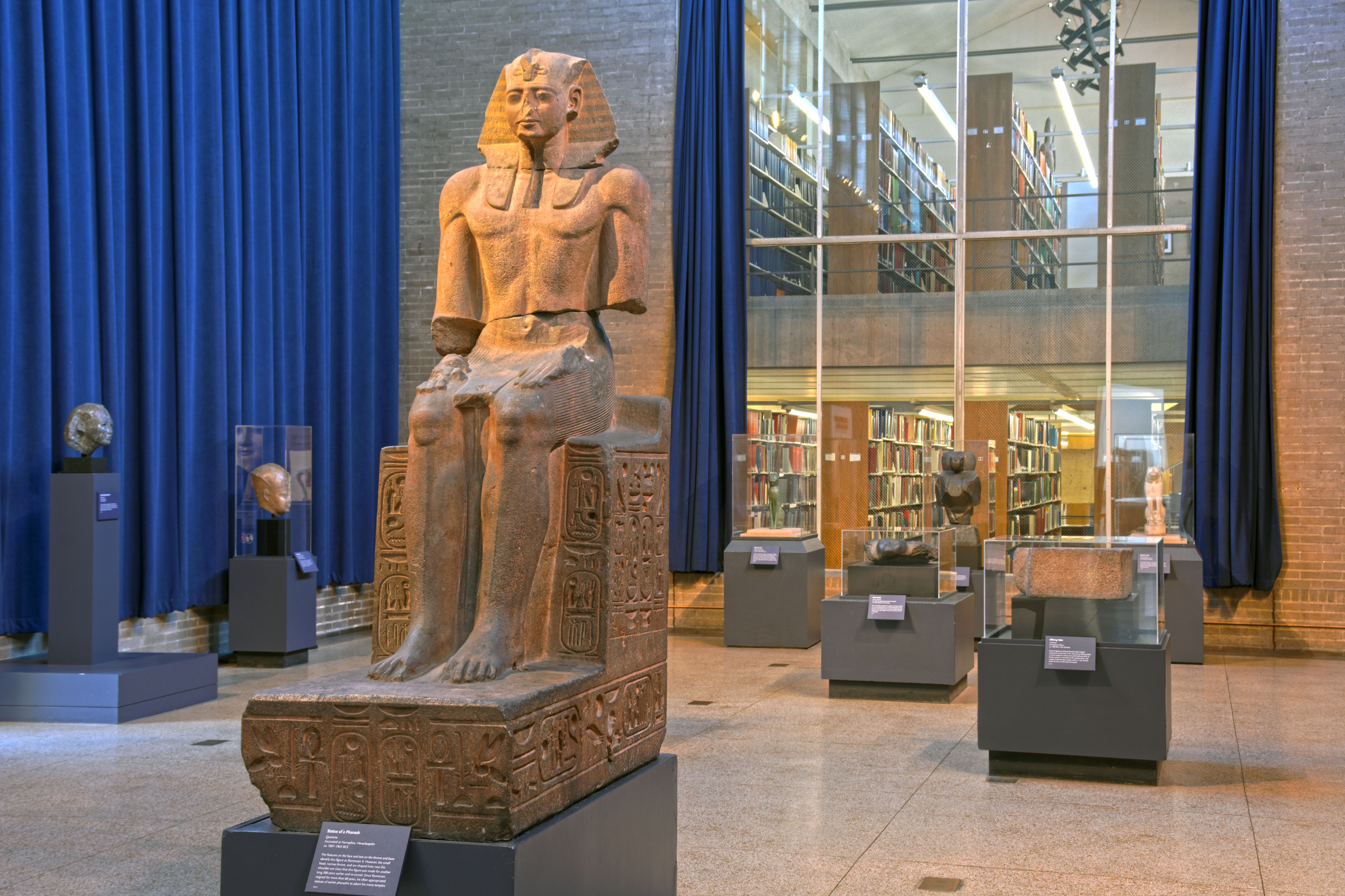