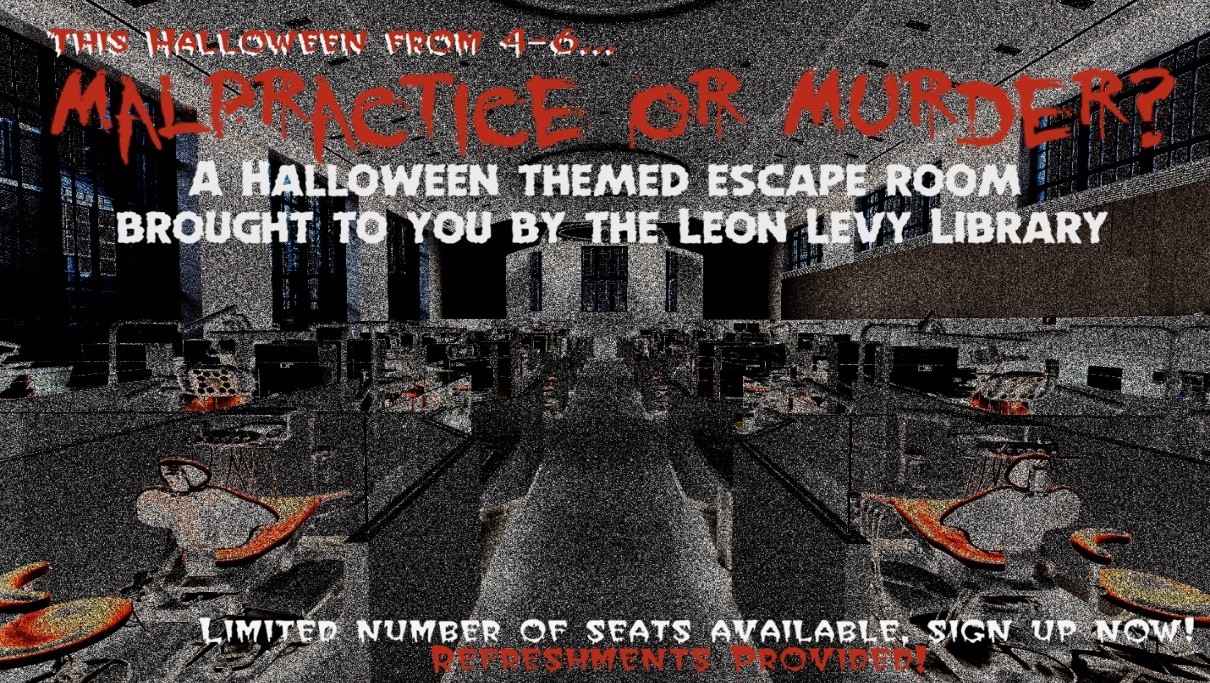 On Halloween night, the Leon Levy Library hosted an escape room, which is a puzzle game in which the players need to figure out a set of clues, riddles, and/or puzzles to complete the objective within a certain time frame, “Malpractice or Murder” for the students and residents of Penn Dental Medicine. The students acting as the dental forensics team, Tooth for a Tooth, were asked to determine who done it and how they did it. To find the culprit the students/detectives had to decipher a series of clues, such as identifying teeth and assigning them a letter to decode an anagram. To make the tooth identification a bit trickier the numbering used was the ISO system; an international student/detective exclaimed “I know this, it’s European!”

The escape room took place inside of a “dental clinic” AKA the third floor seminar room and the victim was a celebrity patient, Val Kilmer. The participants had three suspects: the attending faculty member, the dental hygienist, and a dental student. Each piece of evidence eliminated a suspect from the list, until the students were left thinking the student did it!

At the beginning of the investigation, student detectives were debriefed on what was going on via a video clip outlining the case. The debriefing included newspaper clippings about mysterious events happening throughout the Evans Building and provided clues to solve the case. Each student received a patient chart with symptoms checked off to aid in diagnosis, and a sheet to keep track of clues they’d already figured out.

Student detectives examined social media postings, including a pic posted to Instagram of the attending faculty member at a bar taken by the hygienist at the time of the murder. 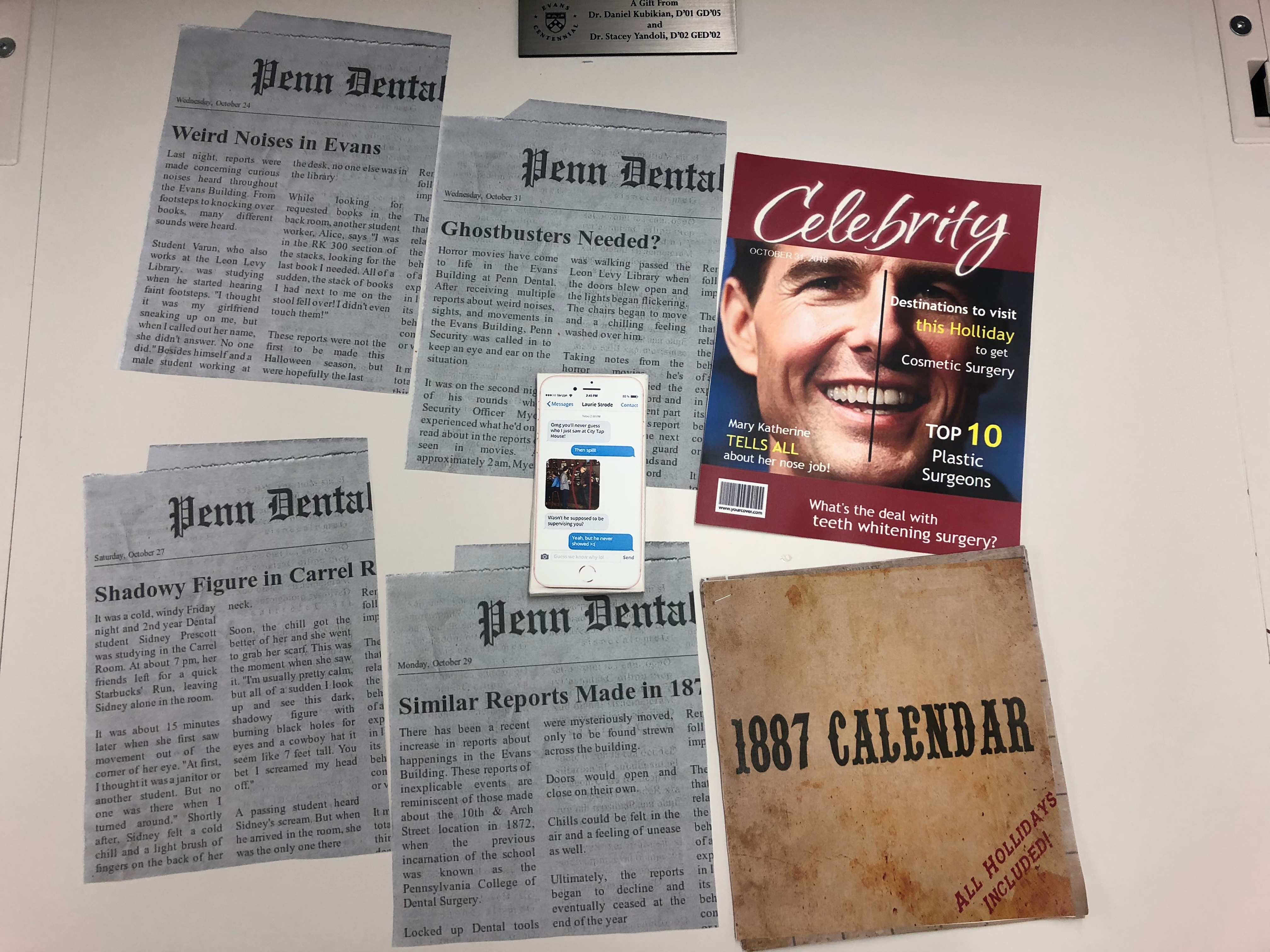 Two of the clues were anagrams and both lead to another one of the clues. The participants didn’t just have to put their dentistry and detective skills to use but also their library skills through using the search function of PubMed.

Eventually each of the groups was able to solve the mysteries they were presented with. Was it malpractice or murder? Murder, of course. Who did it? A surprise suspect, Doc Holliday*, who was angry with Val Kilmer’s portrayal of him in the movie Tombstone. Hopefully we’ll be seeing another, slightly revamped version of this escape room next year.

*To learn more about Doc Holliday, who graduated from Pennsylvania College of Dental Surgery (which eventually was absorbed into our very own Penn Dental Medicine) visit www.upenn.edu/gazette/0304/hughessidebar.html