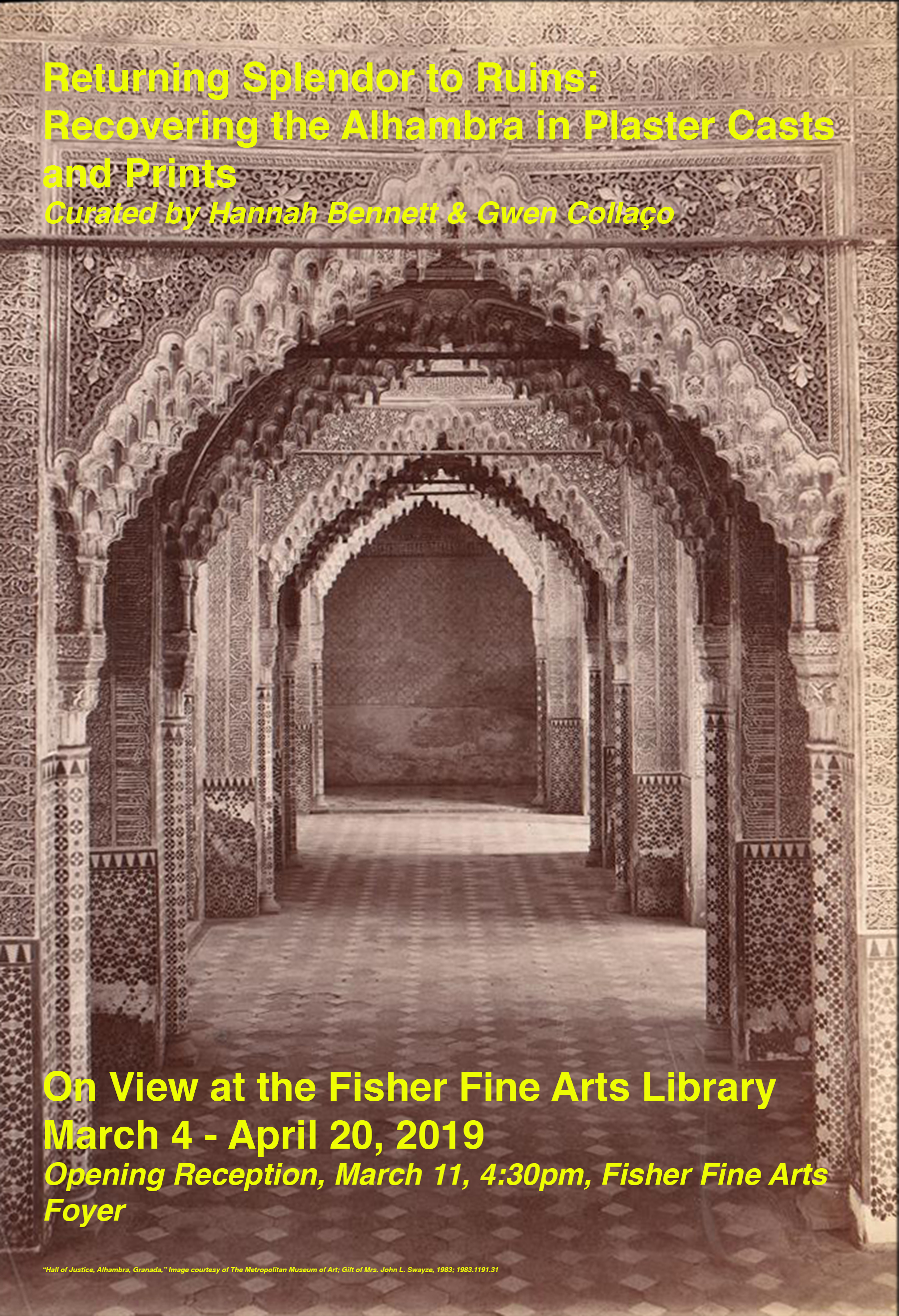 “To the traveler imbued with a feeling for the historical and poetical, so inseparably intertwined in the annals of romantic Spain, the Alhambra is just as much an object of devotion as is the Caaba to all true Muslims.” During his residence at the Alhambra, Washington Irving penned these impressions that captured the dominant themes of the site’s reception by the mid-nineteenth century. The palatine city-complex, once home to the Nasrid dynasty (1230 -1492) in Granada, stood in a partial state of ruin by later centuries due to recent wars and the ravages of time. Yet the decayed splendor of the Alhambra inspired art historical studies of its rich past as well as popular adaptations that re-envisioned its courts and ornament across varied forms of media. Amid the academic and romanticized rebirths of the Alhambra, significant efforts emerged to preserve the Nasrid complex during the latter part of the nineteenth century.

This exhibition celebrates the intertwined facets of history and imagination in the Alhambra’s later reception through plaster casts used in restoration efforts beginning in the late nineteenth century through the 1970s. Donated to the Fisher Fine Arts Library by Edward Kirk Long, the casts are a masterclass in historic preservation and architectural modeling that reveal a complex and, at times, contradictory history of neglect, repair, and restoration.  Moreover, the casts make fitting guide to the orientalist interpretations that transformed and diffused the image of the Alhambra for audiences far beyond the borders of Spain. The exhibition affords us the opportunity to revisit the Alhambra’s place in the collective imagination of nineteenth-century artists, writers, and architects, such as Irving, Owen Jones, and Richard Ford.  Through these casts and prints, we hope to draw visitors into the acclaimed spaces of the Alhambra while illustrating its history as a medley of loss, recovery, and restoration.

Please join us at the opening reception next Monday, March 11th, at 4:30 in the Fisher Fine Arts Foyer.