Caution!  It's tempting to use several years of LandScan data together to show changes in population. This is not recommended, as LandScan uses continually improving data sources and modeling. What appears as population change may merely be a result of changes in LandScan data collection and processing.

As required by license agreements with the resource publishers and/or vendors of these resources, access to these titles and use of passwords are limited to usage by University of Pennsylvania faculty, students, and staff.

In addition, most of the publishers/vendors impose restrictions on the use of their products. This includes prohibitions on: downloading entire journal issues, complete journal volumes or sections of databases in a systematic fashion; electronic redistribution of information; making print or electronic copies for redistribution to non-subscribers or non-subscribing institutions; using products for non-academic purposes. Individual publishers monitor web activity and violation of the licensing agreement could result in cancellation of this service.

Please contact the Electronic Resources Department for clarification on access and use restrictions on a particular resource.

The WebApp allow you to view LandScan data anywhere via your web browser. 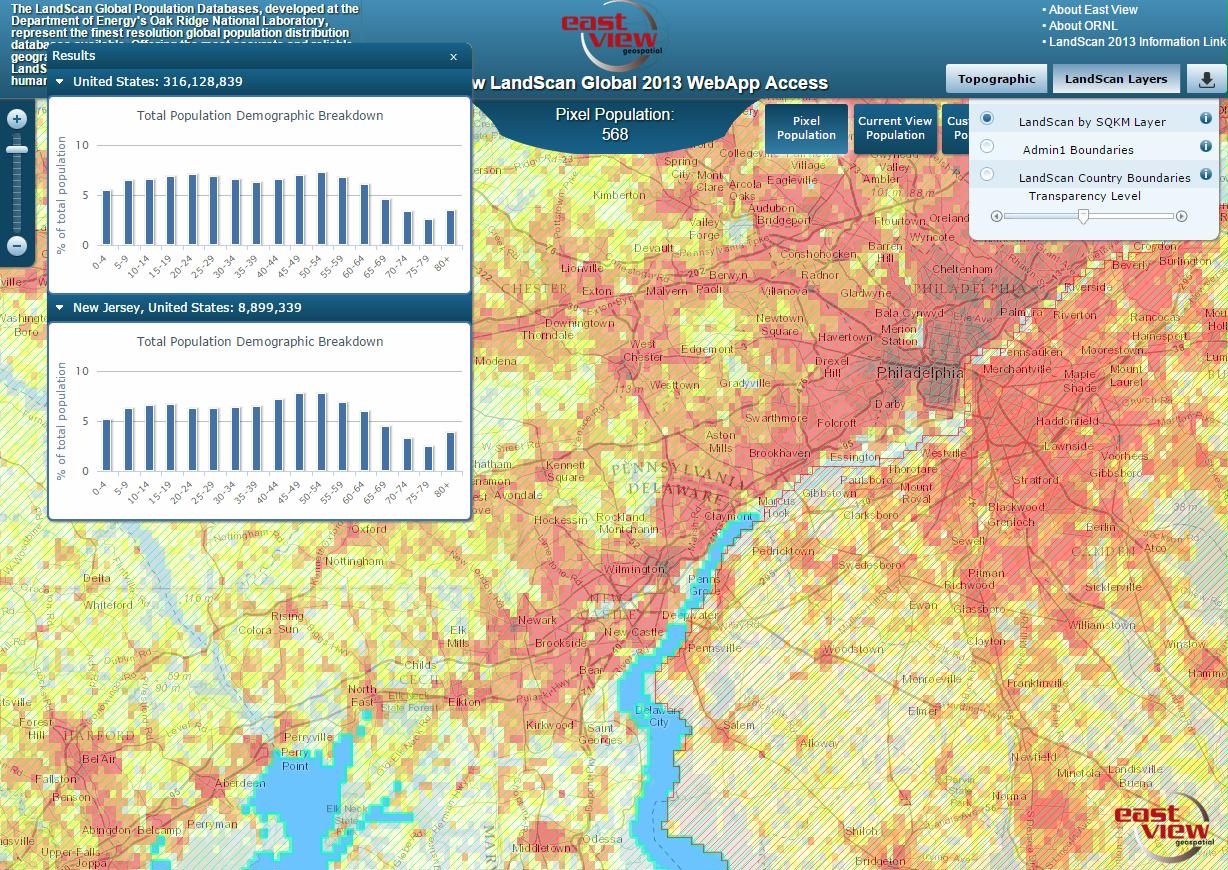 Web Map Service (WMS) and Web Coverage Service (WCS) are protocols for accessing spatial data like LandScan online. The WMS serves map images while the WCS serves data that can be manipulated and saved to a local drive. They cannot be viewed with a web browser; they must be used within ArcGIS or other geographic information systems, using a computer on-campus.

Below are instructions for accessing WMS and WCS via ArcCatalog, the file management application in ArcGIS. 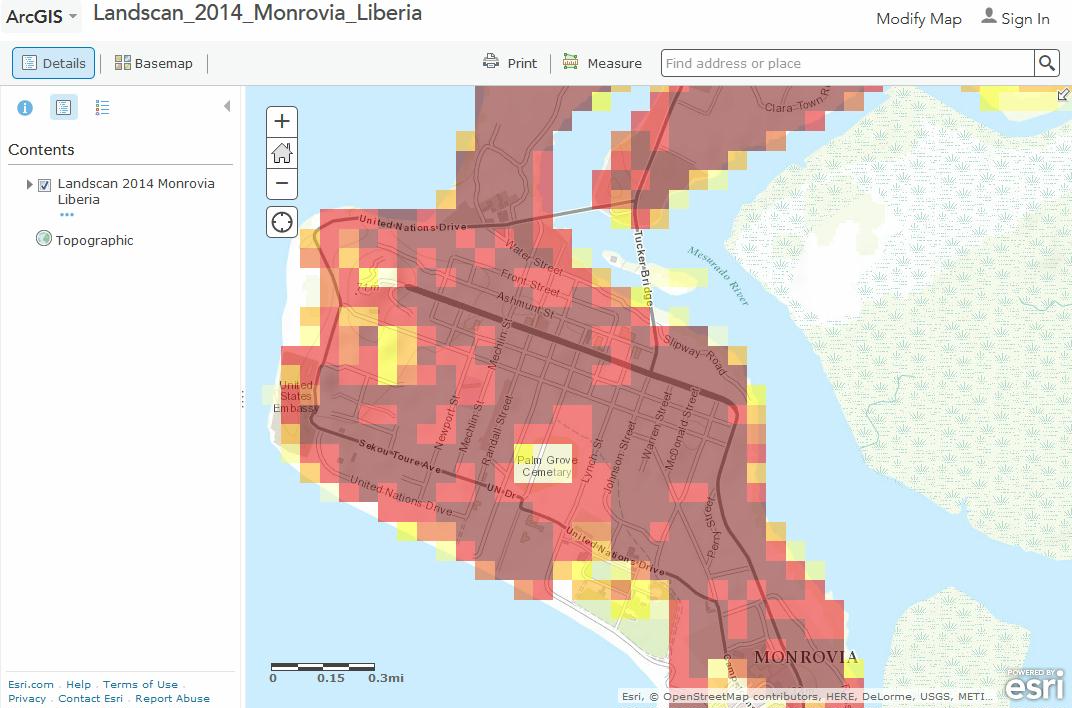 For selected locations outside the U.S., ORNL has produced ambient population distribution raster coverages using the LandScan model at a larger scale than the standard LandScan releases. The LandScan HD coverages offer raster imagery with a grid of 3 arc-second or approximately 90-meter resolution.