Primary sources, the papers of James Madison, and other founding era figures 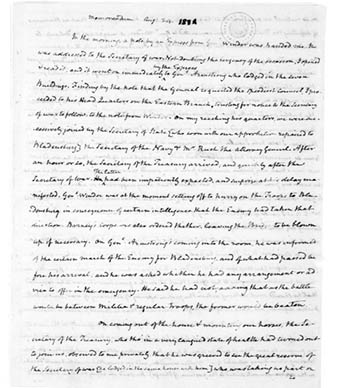 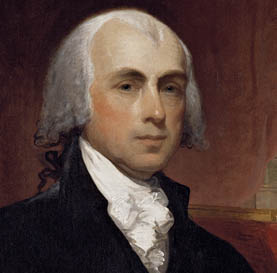 [Text from the Library of Congress, Portrait from the National Portrait Gallery]

The papers of the Madison, Jefferson, Washington, and Adams papers are all part of the series: American Founding Era Collection published digitally by the University of Virginia Press.

Making of Modern Law 1800-1926 provides digital images on every page of 22,000 legal treatises on US and British law published from 1800 through 1926. Full-text searching on more than 10 million pages.

Hein Online's Debates in the Several State Conventions, on the Adoption of the Federal Constitution, as Recommended by the General Convention at Philadelphia, in 1787

Facsimile Manuscripts at the Library of Congress--this link takes you to the papers of James Madison--but search for outher founding authors as well last name first : Hamilton Alexander

Need assistance finding materials or with other aspects of Penn's libraries? Contact:

A sampling of titles from the reading list and found through keyword searches in Penn's catalog. Most of the books listed below are print books in the Van Pelt Shelves. If books are checked out or otherwise unavailable, request via interlibrary loan (using BorrowDirect or EZ Borrow)