Our new exhibit Soviet Architecture: The Fifth View offers an exploration of Soviet architecture of the early to mid 20th century. Books and texts from the Fisher Fine Arts Library (and a “rare” guest appearance by a Kislak Center book) are on view in the Library’s main floor exhibition space, as well books from our holdings that you can flip through. Stop by October 10-December 16, 2019 to have a look. 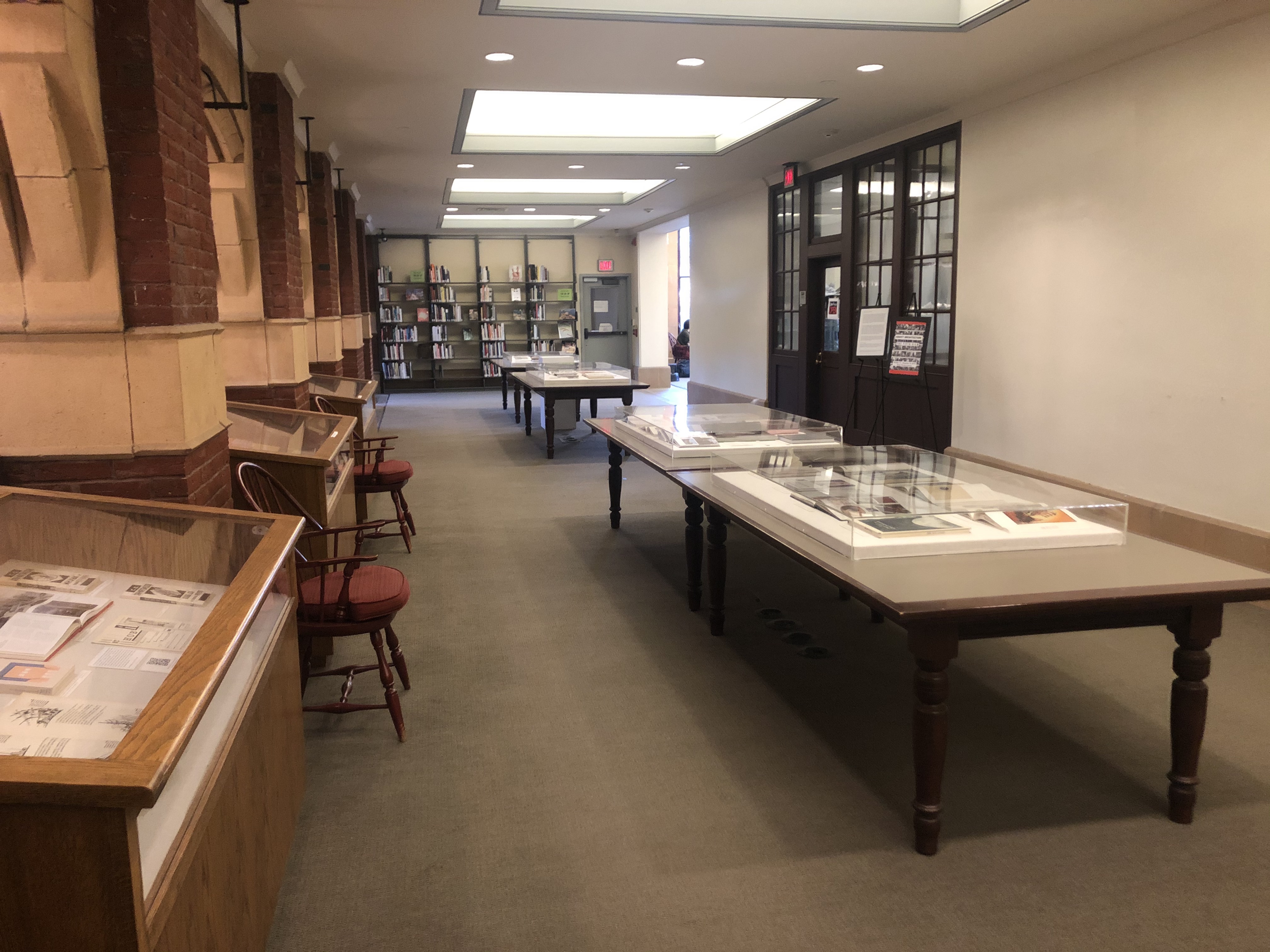 In the February issue of Das Kunstblatt (no. 2, 1925), to usher in the ideology of a new architecture, El Lissitzky wrote: “Fulfilment depends on the arrangement of space by means of lines, planes, volumes. No self-contained, individual bodies, but relations and proportions. The unconfined bodies which originate from movement, from communication and in communication. New constructions. Taking into consideration the fifth view (from above). A demand for new materials, but no material-fetishism. Under the controlling influence of a single idea: function” (22). This proclamation can be unpacked within the structural principles of Constructivism – the artistic and architectural movement that dominated the Soviet Union in the 1920s and 1930s – as well as within the larger cultural landscape of that time. Essentially an imposition of socialist ideology to make the creative process into the process of creation, these statements can guide our approach to the misunderstood and fetishized architectural style that permeated the Eastern Bloc for nearly a century.

The style of Soviet architecture is distinct in its non-architectural roots.  It began first as theory in the works of Naum Gabo and Aleksei Gan, who advocated a rejection of the autonomy of art, and instead set as the objective «коммунистическое выражение материальных ценностей… Тектоника, конструкция и фактура — мобилизующие материальные элементы индустриальной культуры»  (the communist expression of the value in material – tectonics, construction, and faktura – the mobilized material elements of industrial culture).[1]  When translated from abstract, illustrative, and conceptual renderings to tangible architecture, these principles stress function and utility to create buildings marked by their brutal composition and material, and yet defined by their social and cultural function as well as the subtext of their erection. Characterized by overt strength and stability, geometry, and monolithic external structure, these structures made as much of a political statement as an artistic one, proclaiming architecture as an ideal way to express or achieve ideological goals.

Thinking of buildings as relational and proportional both within themselves and to one another – to their inherent ratios and to the land that holds them – asks us as viewers, inhabitants, and citizens to live physically and conceptually in the realm of architecture, to view it from different perspectives both literally and as a medium.  This exhibit asks that we do the same – that we approach Soviet architecture from above, within, and without, as a self-contained system part of a larger one, and to reexamine what lies beneath.

[1] Proclaimed in an April 1, 1921 meeting of practicing Constructivists (Khan-Magomedov Arkhitektura sovetskogo avangarda). Faktura is a term used to refer to the material properties of an object, as opposed to its tektonika (spacial presence) or its construction.