MONDAY, 19 JUNE
Those who arrive before the conference begins may wish to explore Philadelphia on their own. For more information, see the Tours page of this website and the Philadelphia city map prepared by Anne Malcolm.

10:00 am: Walking Tour of the University of Pennsylvania (1st tour)

This approximately one-hour tour, conducted by John Gery and David McKnight, will include buildings, landscapes and addresses known to Ezra Pound, H.D., and William Carlos Williams during the period of 1901-11. See the historic Penn campus map and the Tours page for more information.

Those who have signed up should meet by the Claes Oldenburg Split Button outside the Van Pelt-Dietrich Library at 9:45 am.

2:00 pm: Walking Tour of the University of Pennsylvania (2nd tour)

Those who have signed up should meet by Claes Oldenburg Split Button outside the Van Pelt-Dietrich Library at 1:45 pm.

This approximately one-hour tour, conducted by Elizabeth Fuller, will include a visit to Marianne Moore’s living room and bedroom as displayed at the Rosenbach Museum. See the Tours page for more information.

Those who have signed up should meet at the Rosenbach, 2008-2010 Delancey Street, at 3:15 pm. Those departing from the Penn Campus should meet by the Claes Oldenburg Split Button outside the Van Pelt-Dietrich Library at 3:00 pm to be guided to the bus going to Delancey Street.

Those who have signed up should meet at the Rosenbach, 2008-2010 Delancey Street, at 4:15 pm. Those departing from the Penn Campus should meet by the Claes Oldenburg Split Button outside the Van Pelt-Dietrich Library at 4:00 pm to be guided to the bus going to Delancey Street. 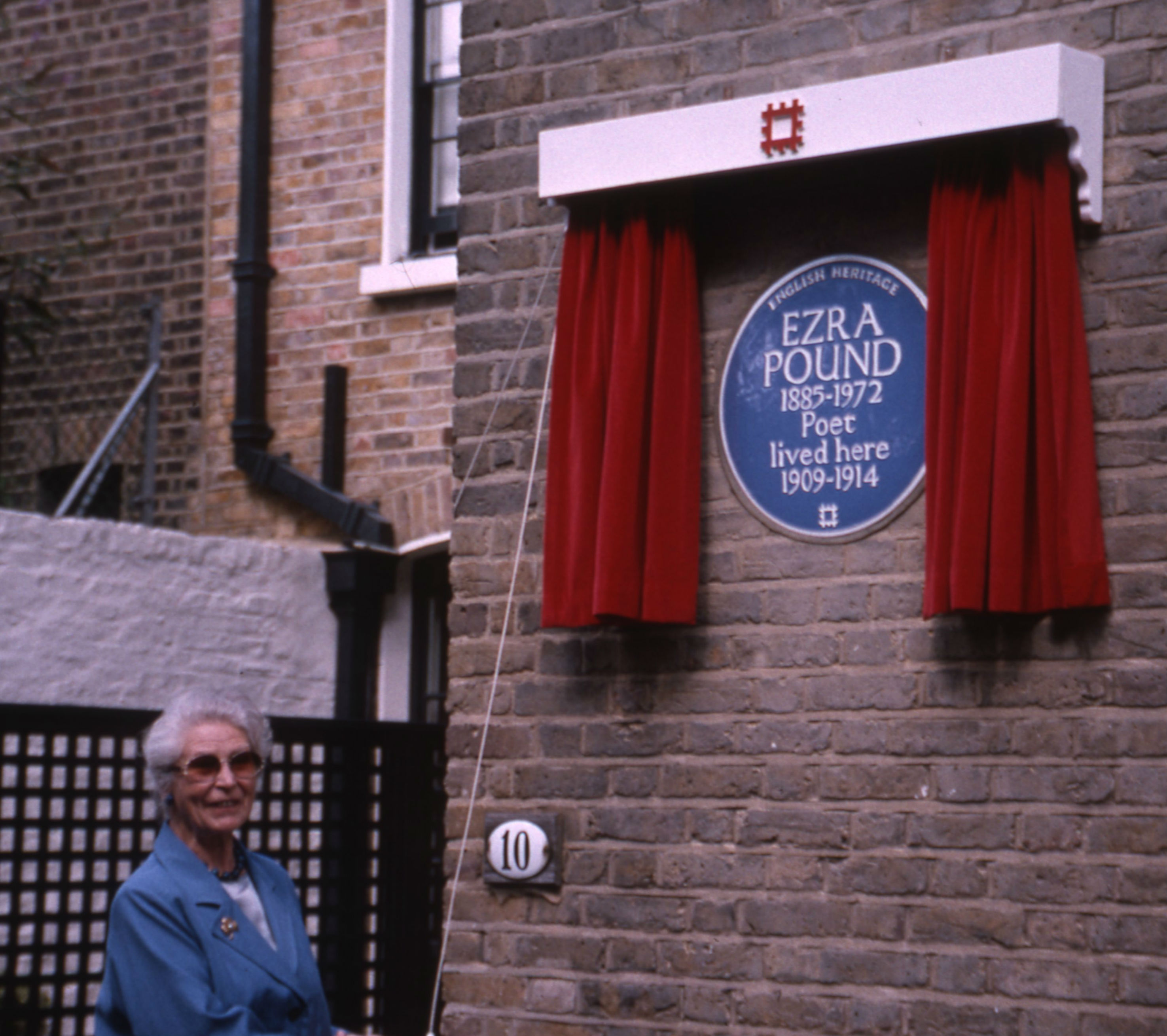 Throughout the week of the EPIC, attendees will be able to view an exhibition of highlights from the Kislak Center’s collections of rare books and manuscripts related to Ezra Pound, William Carlos Williams, and Hilda Doolittle. This exhibit will open at the Gala Reception on June 19th and be on view all week during lunch breaks.

Opening Plenary: The Sound of﻿ Moore and Williams
Chair: Charles Bernstein, University of Pennsylvania
Linda Leavell, Independent Scholar, Fayetteville, Arkansas
Marianne Moore as Performer: Recordings from Harvard and San Francisco
Christopher MacGowan, College of William and Mary
WCW: “Put all you have into trying to hear the poem” and a Tribute to Richard Swigg

Estia is located a few doors from Broad Street and across the street from the Academy of Music where Iphigenia among the Taurians was performed April 28 and 29, 1903, with Ezra on stage dancing as a Greek maiden in the Chorus and singing in Greek. Hilda and Billy were in the audience, but Ezra was not able to introduce them to each other until two years later on April 3, 1905, at a dinner party he hosted at 166 Fernbrook Avenue in Wyncote.

Transportation to and from Estia is on your own. For taxis, Philadelphia Freedom Taxi is a reliable company (telephone: +1 (215) 222-9999). There is also a cab rank at Penn in front of the Sheraton Hotel on Chestnut Street, or cabs may be hailed on the street. For the return, there is a cab rank about a block north from Estia on Broad Street, in front of the Hyatt Regency at the Bellevue Hotel.

5c Studies in the Cantos I: 16, 17, and 18, rm 625
Chair: Roxana Preda, University of Edinburgh
John Beall, Collegiate School, New York City
Pound’s Composition of Canto 16
Courtney Ruffner Grieneisen, State College of Florida
A New Paradise: Analysis of the Venetian Paradise in Canto 17 and the Implication of Hypertext
Jeff Grieneisen, State College of Florida
The Cost and the Value: Pound’s Turn to Economics in Canto 18 and the Implications of Hypertext

6b Pound and Williams II: Pedagogy, Politics, and Economics, rm 626-27
Chair: Marsh, Muhlenberg College
Alan Golding, University of Louisville
“Seek it in poetry”: Dewey, Williams, and Pedagogy in the 1920s
Andy Trevathan, Louisiana State University
“In through the out door”: Pound’s Poetry and the Political

5:00 – 9:00: Modern Art at the Philadelphia Museum of Art
34th and Walnut Streets to board PennTransit buses

Dinner on Your Own

2:15 – 5:30: Visit to Pound’s Jenkintown and Wyncote
34th and Walnut Streets to board PennTransit buses

2:10 Those who have signed up will meet at 34th and Walnut Streets to board PennTransit buses for drive to Cheltenham Township
3:00 Reception at Cavalry Presbyterian Church, Wyncote
3:30 Emily Mitchell Wallace, Bryn Mawr College: Interior of 166 Fernbrook Avenue and Other Matters
4:00 Visitors can walk to view the exterior of 166 Fernbrook Avenue
4:30 PennTransit buses will take visitors back to Penn

Dinner on Your Own