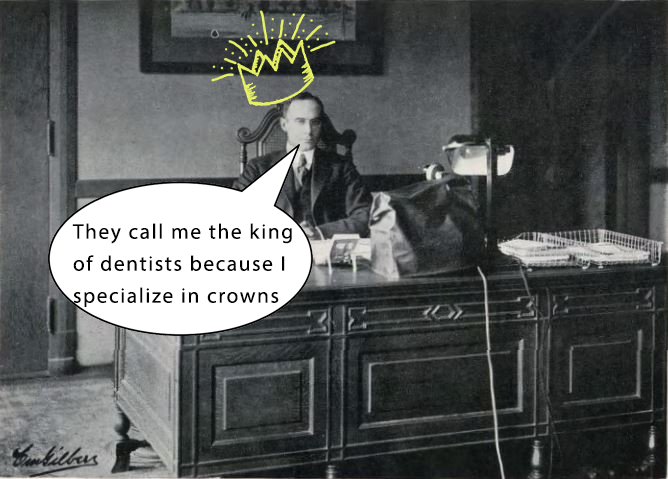 Charles Root Turner was dean of PDM from 1917-1940-- the first PDM graduate to accomplish this. He graduated from Penn in 1898 and received the highest grade from the Pennsylvania State Board of Dental Examiners (at the time). He then went on to graduate with his M.D. from the University College of Medicine at Richmond, VA in 1899. Upon graduation, he first became a demonstrator and then became head of prosthetic dentistry and orthodontia[1]. In 1902, he came to Penn after taking over from Charles J. Essig as chair of mechanical dentistry and metallurgy. In 1917, he became dean. While dean, he approved the establishment of the School of Dental Hygiene at Penn. During his time at Penn, a four-year course of instruction was introduced into the curriculum. He was known for promoting research, reorganizing and establishing departments, and held numerous positions in dental organizations and honorary doctorates. During his career, he also contributed special chapters to numerous works. Turner revised and enlarged the third edition of the American Textbook of Prosthetic Dentistry, later writing three subsequent editions. It was hailed as an epoch-making work because, for the first time, dental prosthesis was treated as a biomechanical method[2]. Turner brought a biological approach to mechanical phases of dentistry[3].  Upon being bestowed the title of Emeritus Dean, Charles Root Turner became the longest serving dean in the dental school’s history.