Answers to all your questions about film acquisitions and licensing, especially streaming. 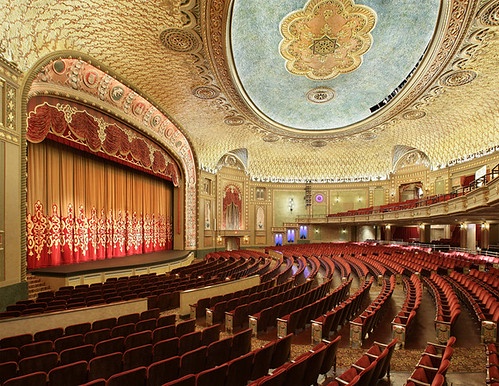 What is this guide?

This guide is a FAQ for all things streaming video, for bibliographers, selectors, librarians, and anyone interested in streaming video collections in libraries. This page includes a description of key services and terms, and the following pages address questions about acquisitions, rights, course use, reserves practices for streaming, film collections in the Penn Libraries, and the film distribution landscape for higher ed libraries and institutions.

JustWatch is an essential streaming video directory which shows where films and television programs are available to stream as part of subscription access, or as online rentals or purchases. International in scope. Available as an app.

ALVT
The Academic Libraries Video Trust. A VHS digitization project of the Video Trust, formerly known as the National Media Market and Conference, a group of media librarians and buyers and educational distributors. Penn is a member of ALVT. ALVT has a Titles Listing database, in the open source ILS Koha, which notes commercial availability of VHS tapes and distributor information, if a work is available on DVD or for streaming. ALVT's mission is to share digitized files of threatened material in the now obsolete VHS format, so that libraries that own less common works on VHS do not have to invest in local digitization workflows to have access to a digital preservation copy of a work that they own as a VHS tape.

Silent Era
An encyclopedic guide to silent-era films, with information about DVD and Blu-ray releases and expert reviews. Includes entries on early films believed to be lost.

Feature films. Non-theatrical film distribution for remaining Hollywood studios: 20th Century Studios, SearchLight Pictures, Fox. Note: this is Criterion Pictures, not to be confused with The Criterion Collection or the streaming video-on-demand service The Criterion Channel which are run by Janus Films.

Amazon Prime Video is Amazon's video on demand service. It features films and programs produced by Amazon Studios that are exclusive to the service.

Streaming service of AMC Networks, with content from AMC, IFC, BBC and others.

Joint venture of BBC and ITV featuring current and past series and films from UK public broadcasters.

Video-on-demand service with Disney-produced films and television series, with access to content from Pixar, Marvel, Star Wars, and NatGeo.

Older movies and television series, owned by a subsidiary of MGM, with titles from MGM, Paramount, and Lions Gate.

Platform with Indian and Bollywood programming. Owned by Disney.

Cable channel with mostly comedy and horror programming, owned by AMC Networks which is today majority-owned by the Dolan family. Chuck Dolan was founder of Cablevision and HBO.

The streaming and production giant and Fortune 500 company with annual revenue of $25B. Produces an enormous quantity of original programming since 2013.

Subscription video-on-demand services owned and operated by NBCUniversal, a subsidiary of Comcast.

A network with a subscription streaming service showing feature films and original television. Owned by ViacomCBS.

Cable network and video-on-demand service with movies and original programming, a subsidiary of Lionsgate.

Cable channel and video-on-demand focused on science fiction, fantasy, and horror. Owned by NBCUniversal, which operates as a division of Comcast.

Longstanding major streaming platform and digital video store which began as a streaming solution for high-res movies available at BestBuy, then sold to Walmart. Now owned by NBCUniversal subsidiary Fandango.

Video and social media platform with streaming access to digital rentals of film and television.

Branded series of canonical, remastered films on DVD released by Janus Films and featured on The Criterion Channel.

A non-theatrical streaming provider for feature films and television. Mostly Fox Searchlight and studio films whose rights are not managed by Swank. Not related to Criterion Collection.

A series of video, audio, assets and XML files which are put into a package called a "composition." This is a standard collection of files for a work that distributors can supply to a streaming platform or broadcaster.

Cloud services video vendor that offers an online video platform, and which Penn Libraries uses to host digital files of films which we have licensed or purchased with perpetual rights.

The longevity of current media file formats is not known, but distributors sometimes will sell digital files of films with educational rights or public performance rights for "life of file" or until the file is no longer readable, usable, accessible, etc.

Midwest Tape is our go-to vendor for physical media who offer us bulk discounts, convenient invoicing, and shelf-ready materials. They also own and operate the streaming platform for public libraries, Hoopla.

Patron-driven acquisition a.k.a. demand-driven acquisition. Several years ago we had a PDA plan with streaming platform Kanopy in which we had access to select suppliers' films, and we were automatically invoiced after patrons triggered the purchase of a streaming license, after 4 viewings lasting more than 40 seconds each. The demand and the cost became unsustainable. Today Kanopy still offers a plan that they call "smart PDA" with a bit more oversight to determine limits for which films are available, but there are still concerns about demand and cost.

Public performance rights. If a film is to be shown in a venue outside the home, to a group, on campus or in another venue, the organizer of the screening needs to purchase PPR in addition to a license or physical media. Penn Libraries purchase physical media and DSLs bundled with PPR when necessary. We do not purchase standalone PPR for campus or student events, and organizers need to cover the costs if they are showing a film that belongs to the library collection in a public venue. It is not necessary for instructors to obtain PPR for films shown in the classroom or films that individual students watch online for a course.