Answers to all your questions about film acquisitions and licensing, especially streaming.

The Libraries began to collect videotapes systematically in 1999, when MMETS, until then the University's primary film repository, transferred most of its holdings--about 1,000 videotapes--to the Libraries. For the next several years the Libraries only added to this rudimentary collection in response to faculty and student request, primarily because key faculty positions in the program had not yet been filled. Also, it seemed prudent not to acquire actively during a time of transition, when technology was shifting from videotape to DVD. Eventually, the Libraries began to build a core collection of classic films, working with faculty and from lists such as those provided by the American Film Institute and, for foreign films, the Facets catalog.

Should we still buy DVDs?

Yes. We continue to collect DVDs despite declining use, because it ensures that we will continue to have ownership even after a film is out of print, or no longer available as physical media.

Physical media and magnetic storage is not a long-term solution, but it is sometimes the only option to get access to films that have been removed from the marketplace for different reasons, whether it is to make an original film unavailable while a studio is marketing a re-make of a film, or for censorship purposes because an original contains outdated and objectionable material that features offensive stereotypes. Sometimes a film is out of print, because rights expired for the U.S., a film distributor went out of business, or no new distributor has pursued rights to a film because of disputes or perceived lack of interest in the subject material.

Should we buy Blu-ray?

We purchase limited copies of Blu-ray each year. Sometimes we purchase Blu-ray and DVD combo packs of popular mainstream films, and send the Blu-ray immediately to LIBRA to leave room for new DVDs which circulate more often.

Whether or not we purchase a Blu-ray is left to the discretion of individual bibliographers who should consider whether there is interest. Circulation of Blu-ray has been low.

Should we buy non-Region 1 DVDs or DVDs from other world regions, e.g. DVD/PAL?

Yes. Most DVD players which remain on campus are all-region players which will play DVDs from Europe (DVD/PAL) as well as other regions.

Call numbers for other region discs often begin with DVD/PAL or DVD/SECAM to set them apart from other DVDs that are NTSC and for the North American market.

Do we still buy VHS?

No, rarely or almost never. VHS is now considered an obsolete format. If we acquire VHS, it is because the film or material is only available on VHS and no other format, and even then, bibliographers should choose LIBRA as a location. We cannot transfer VHS content to DVD, except for preservation purposes.

Do we acquire legacy film formats like 16mm, 8mm, Super 8 and others?

No. We did not collect legacy film formats on a systematic basis at any point, and we have also not done so in recent times. If there is a historical collection that you feel is an exception and may be of interest, please contact the Cinema & Media Studies Librarian or the librarians in the Kislak Center. There are considerable costs in transferring analog film to a digital format.

If you do not see an answer to your question here, please email cobine@upenn.edu. 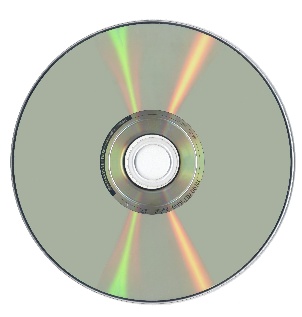 About VHS, an obsolete format

The Music Library owns three VCRs in Ormandy Center, and one in the Bodek Seminar Room, which is the player in best repair.  These five players remain, even though the last manufacturer of VCRs/VHS players ceased production in July 2016. All VHS tapes which were not in active use by instructors and on reserve were sent to LIBRA in June 2016.

VHS tapes continue to be sold by online vendors and collectors. Some films which distributors had released in VHS format during the 1980s and 1990s were never re-released on DVD. When a film is only available as a VHS tape, it is no longer considered "commercially available." VHS is officially a legacy format. If there are questions about a particular work that is only available on VHS, please contact the Cinema & Media Studies Librarian.

There are some films on 16mm film reels and other legacy formats held in LIBRA. We do not have projectors for these formats in the Penn Libraries. Please refer patrons who need a projector to the Cinema Studies Program or the Lightbox Film Center, located at UArts in the former Gershman Y building, in the Levitt Auditorium at 401 S. Broad St. The Lightbox Film Center has been able to accommodate researcher requests to view older film formats on previous occasions.