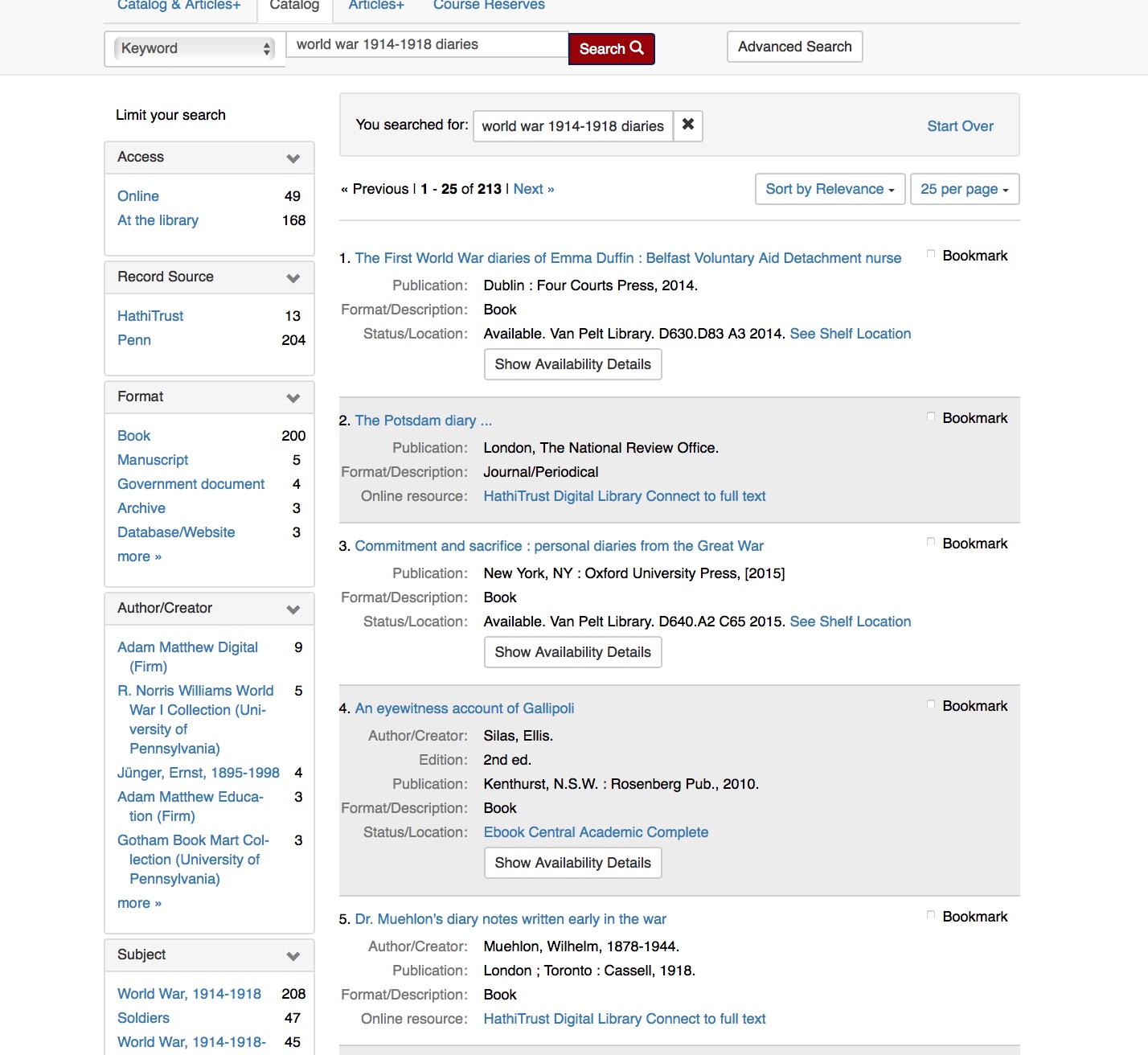 The following are resources available in Van Pelt Library.  Clicking on the links will take you to the item's catalog record in Franklin.

Prisoner of War Data from the ICRC 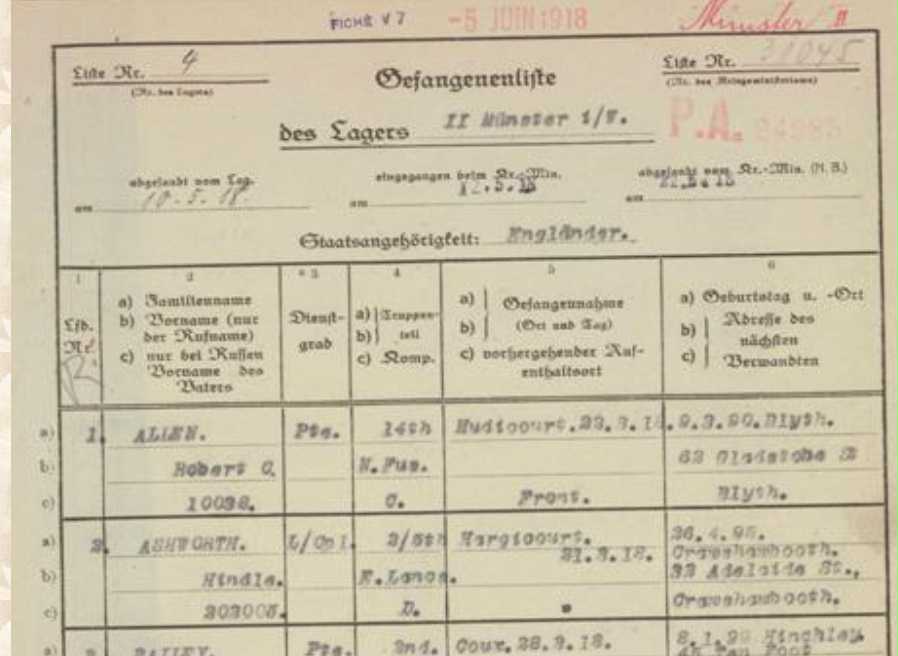 From the ICRC First World War Prisoner of War Archive

A subject search in Franklin: World War 1914-1918 -- Personal Narratives brings up over 500 records. Limit by language, or sort by older or more recent publcation.

Art and the First World War

Subject keywor search for World War 1914-1918 Art, brings works that collect and analyze the artwork from the war. Much of the war was documented by artists in the field.

Art and the Great War by Eugene Gallatin , 1919includes 100 works of art, Read this book at the HathiTrust 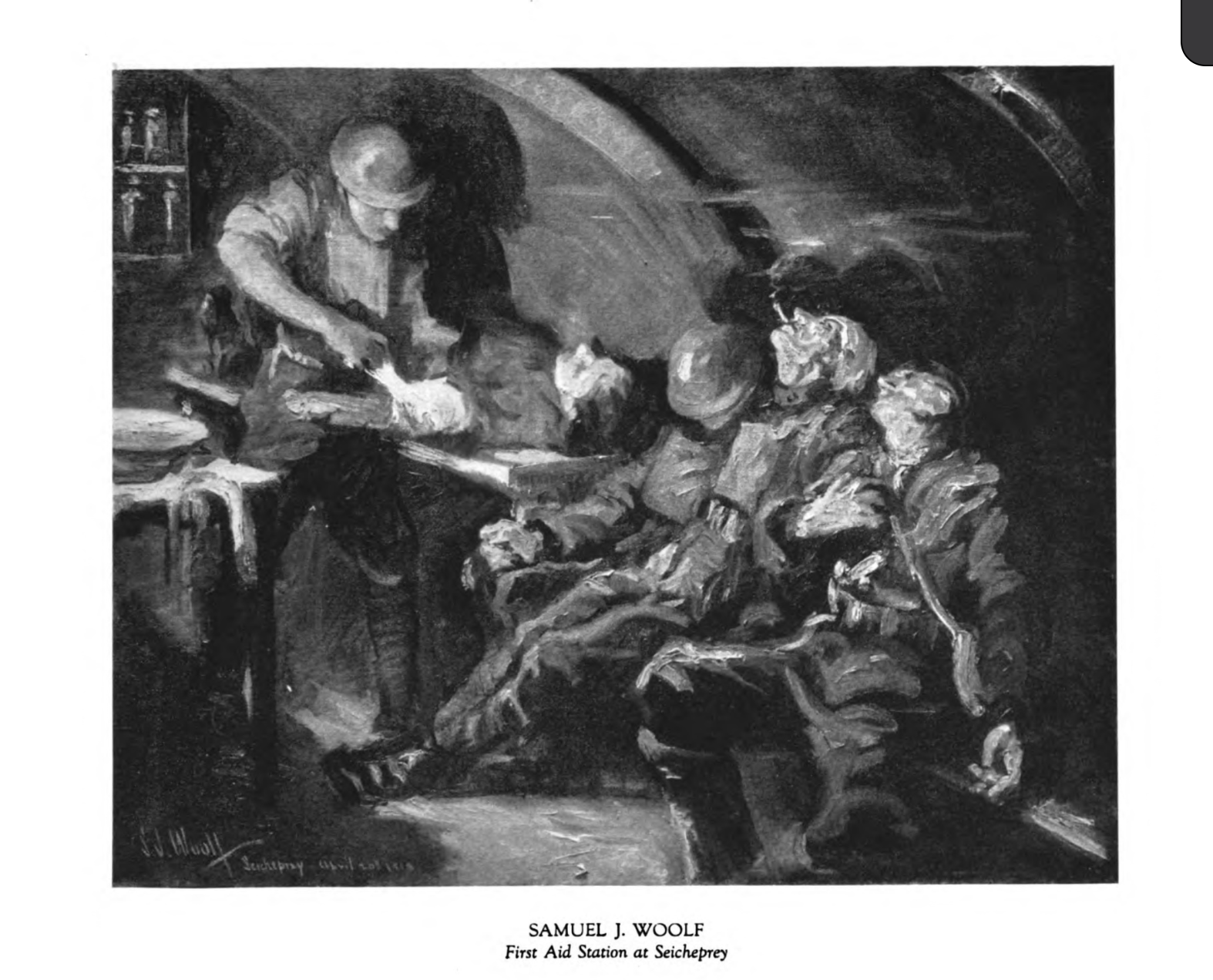 A Selection of Representative Books at Van Pelt