Philadelphia Schools and Neighborhoods: Census and Other Data

Tables, maps. and webpages with data related to the geography/tract chosen will display.  Also note the respective tabs at top.

Under the Table tab, select the Customize Table button to change the table layout. Currently a .csv file can be downloaded.

Address searching:  This functionality has not been added to data.census.gov, but you can find this information using the Census Bureau’s Geocoder.

The American Community Survey (ACS) is an ongoing survey conducted by the U.S. Census Bureau since 2005. In 2010, the ACS replaced the decennial Census long form as the source of sample data for population and housing indicators. The short form of the decennial Census is still distributed to obtain a count of the entire U.S. population.

ACS 1-year estimates are data that have been collected over a 12-month period and are available for geographic areas with at least 65,000 people. The Census Bureau combines 5 consecutive years of ACS data to produce estimates for geographic areas with fewer than 65,000 residents. Therefore, the 5-year data, collected over 60 months,  provides tract level information.

A Decennial Census is mandated by the U.S. Constitution and is used in reapportionment. The first Census was held in 1790 and counted only heads of household.  Over time, the Census questions increased in number and varies.  See Questions asked in each census.

For much of the past century, the Decennial Census included a “short form” with questions answered by every household in the country and a “long form” answered by about 1 in 6 households. For the 1990 and 2000 Censuses, the questions on the short form (age, race, etc.) are the basis for the Census 100% data (SF 1 & 2), while questions on the long form are the basis for the Census sample data (SF 3 & 4).

Starting with the 2010 Census, the sample long form is no longer used.  Instead, sample data previously collected on the long form is collected through the American Community Survey (ACS). 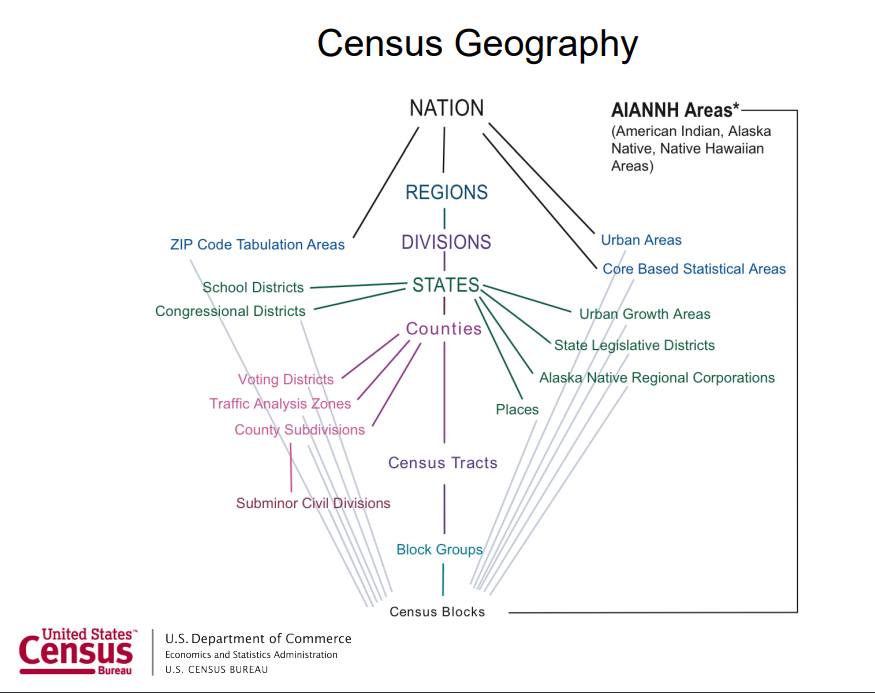