Since 2014, the University of Pennsylvania Holman Biotech Commons (formerly known as the Biomedical Library) has partnered with the School of Nursing, the Free Library of Philadelphia, Sayre Health Center, Philadelphia FIGHT, Children's Hospital of Philadelphia, Penn Medicine, and other campus and community partners to promote reliable consumer health information seeking behavior, health literacy, and wellness. The Penn Libraries Community Health Engagement Team has expanded across Penn Libraries locations with the goal to equip healthcare workers, health sciences students, and local residents with the knowledge and resources to effectively find, evaluate, and use health information as well as to better understand the changing nature of the world of information.

This guide is meant to: 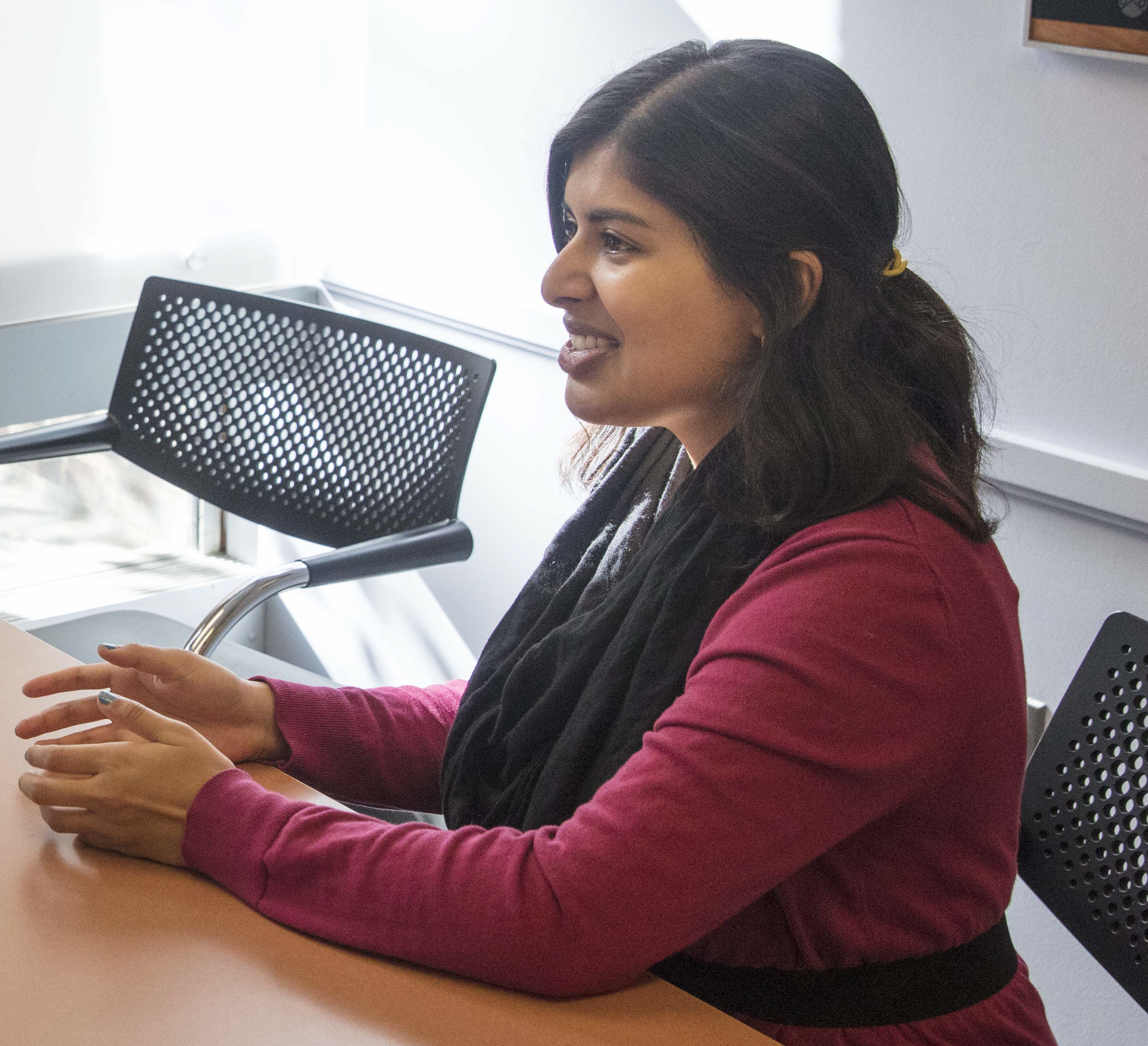 As the inaugural Health Literacy Librarian at the Dental School Library, Amanpreet Kaur, CFCS, MLIS supports the Penn Libraries Community Health Engagement Team's involvement with the Philadelphia Community Engagement Alliance Against COVID-19 (Philly CEAL), an NIH-funded initiative based out of Penn Nursing. Through Aman's prior experiences as the inaugural Community Health & Engineering Librarian at the Holman Biotech Commons, Aman has experience planning initiatives in collaboration with fellow team members and partners at Penn and beyond.

Aman initially came to Penn Libraries as the 2015 - 2017 Eugene Garfield Resident in Science Librarianship with a strong interest in health literacy and consumer health librarianship. During her residency, she became interested in learning about the health corners program and wanted to build on the work at the then-Biomedical Library (now Holman Biotech Commons) was already engaged in with the Free Library of Philadelphia, so she formed the Penn Libraries Community Health Engagement Team to advise in her capstone project. While the capstone project did not go as planned, elements of the project became the assortment of Community Health Engagement initiatives listed in this guide.

During this time, Aman received a 2017 Special Libraries Association (SLA) Philadelphia Chapter Appreciation Award for serving as the chapter's first SLAConnect Liaison and its first Community Outreach Committee Chair. In 2018, she received the 2018 SLA Philadelphia Chapter Liberty Bell Award for continuing to promote a book drive to support school libraries at 20 public elementary and high schools in Philadelphia in partnership with Penn Libraries and the West Philadelphia Alliance for Children. 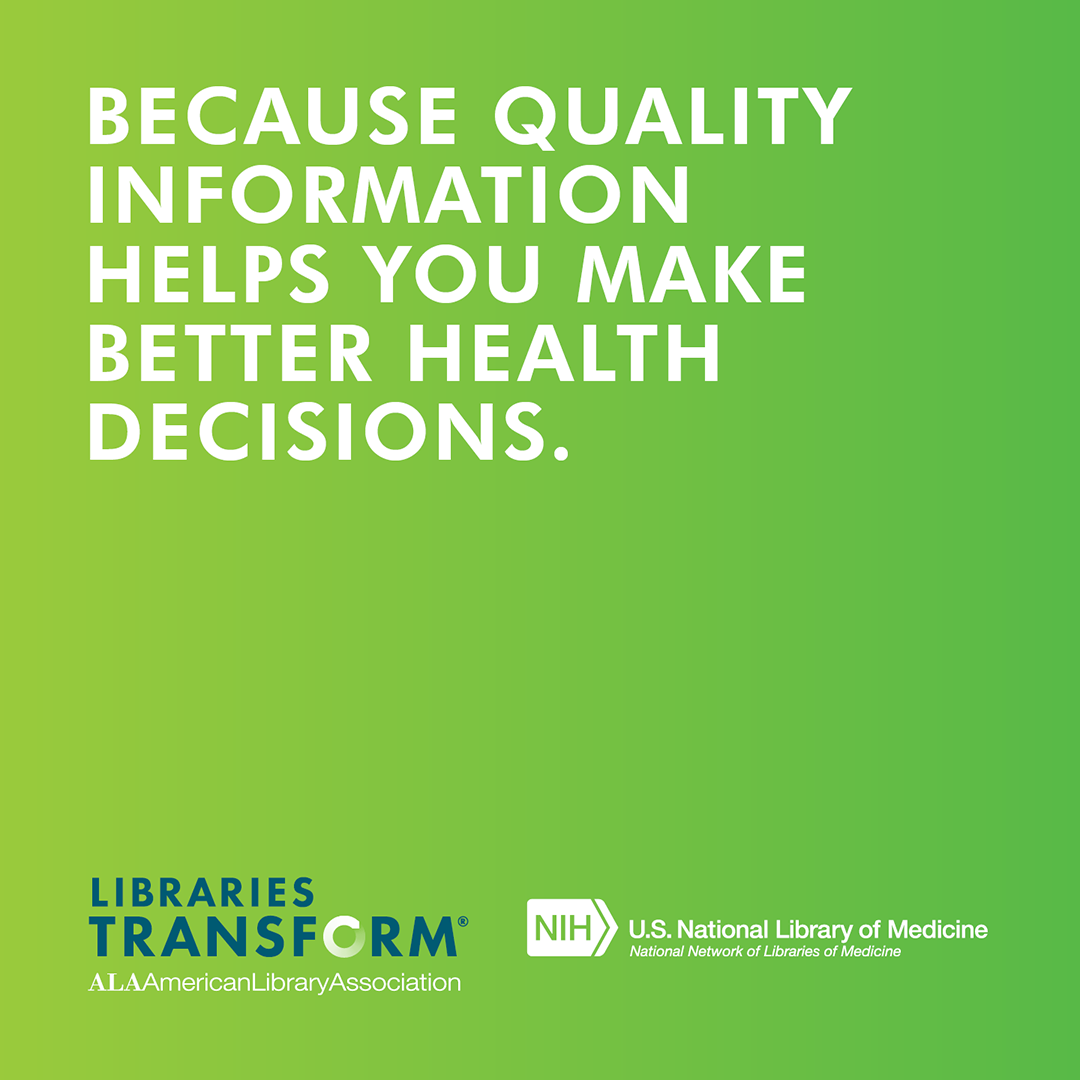 N380 Course: Nursing in the Community

Walk With a Future Doc

School of Arts and Sciences

School of Engineering and Applied Science 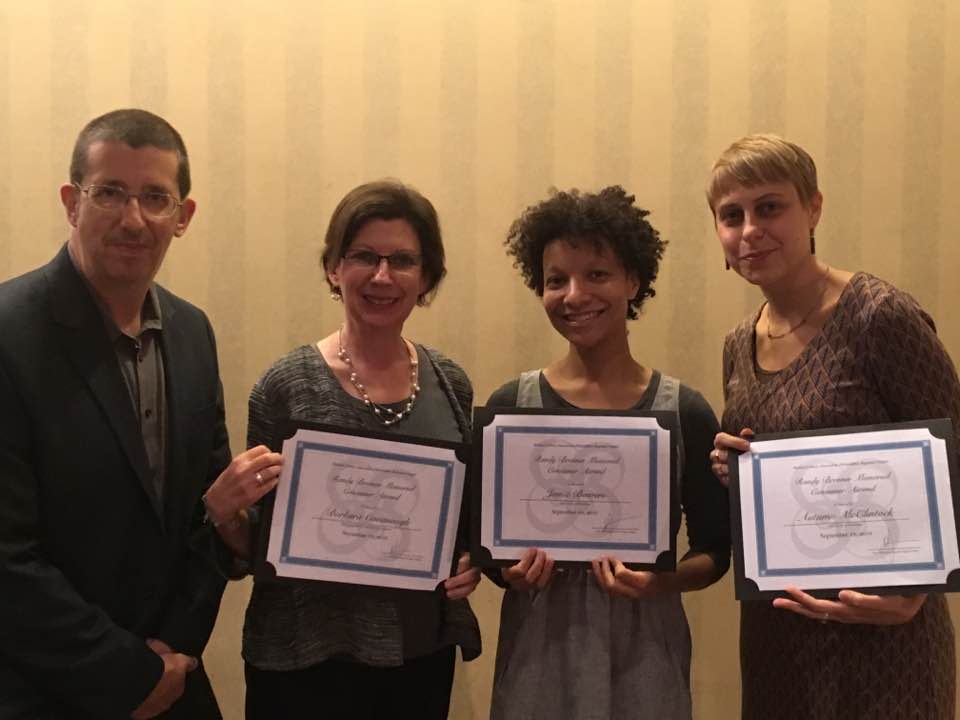 In Spring 2018, Community Health Outreach was highlighted in the Penn Libraries newsletter with a link pointing to a Penn Libraries blog post from 2017.

In 2018, Evanie Anglade, a pre-med student at Penn with the goal of becoming a pediatrician, served as a Community Health Outreach Summer Intern. Following the internship, Evanie studied abroad in Fall 2018 and graduated in Spring 2019. Evanie is passionate about community health outreach: 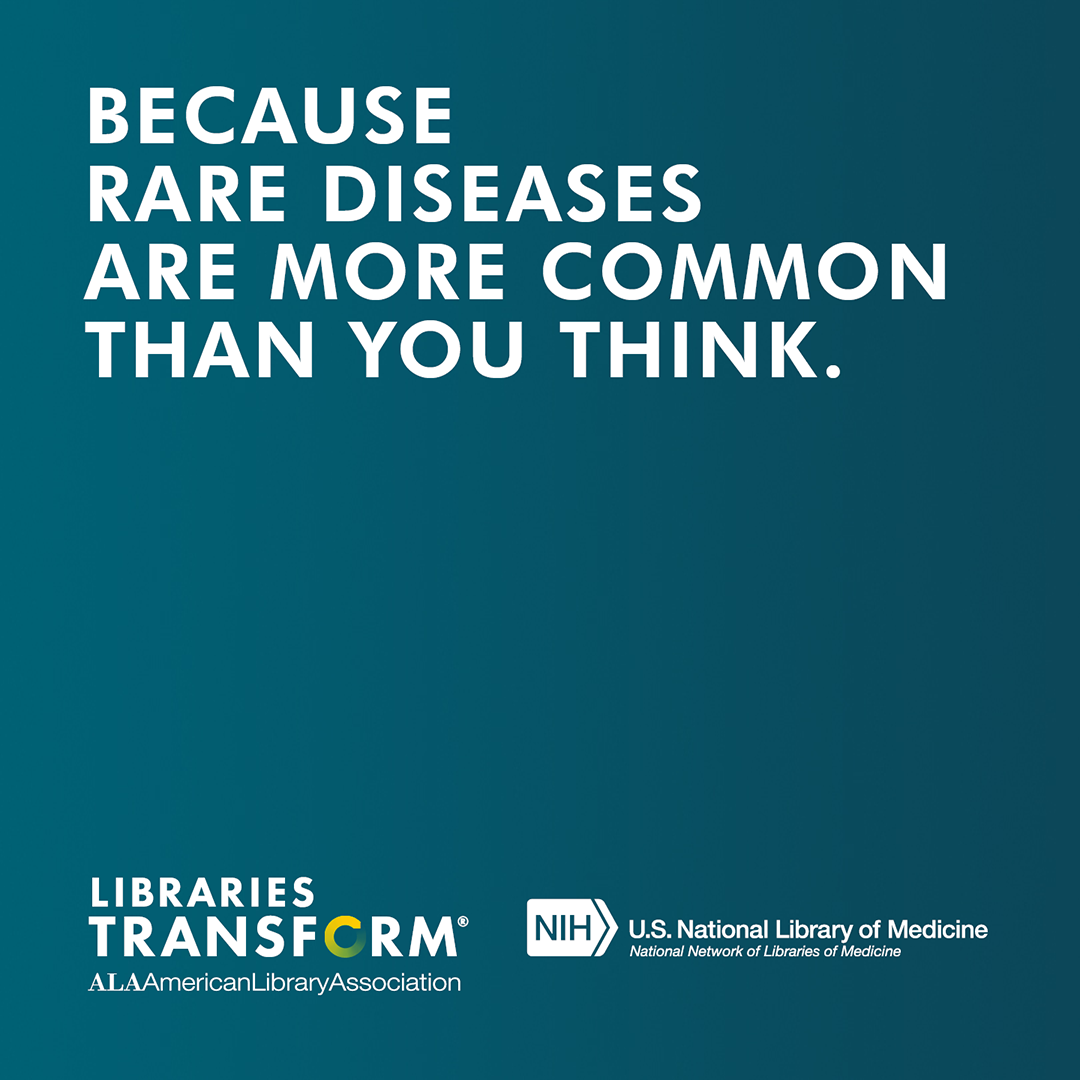 From January 2019 to August 2019, Kiara Benson completed her field hours by assisting Aman with Community Health Outreach initiatives and the InterProfessional Student Advisory Gatherings (#IPSAG). Kiara, a former K-12 educator, simultaneously worked as a full-time clinical research coordinator and graduated with her Master of Public Health degree in Summer 2019. Kiara was instrumental in reorganizing and improving the Consumer Health Information Corner and the Relaxation Room. Kiara now works for the Philadelphia Department of Public Health.

She began her career at the nation's first hospital, the Pennsylvania Hospital Medical Library, Historic Library, and Archives. She also ran the School of Nursing and Medical Staff Libraries at Roxborough Memorial Hospital. She came to Penn in 1993 as the Health Sciences Libraries Liaison. In 2001, she became Head of Veterinary Libraries, and in 2003, she was a recipient of the Veterinary Medical Student Government's Commendation Award. As head of the Veterinary Libraries, she played a pivotal role in planning the School's new, cutting-edge facility, the Steven W. Atwood Library & Information Commons. In 2009, Barbara was asked to lead the health sciences libraries, and in 2016 her role was expanded to include all STEM libraries. Barbara is now focused on planning for a renovation of the Holman Biotech Commons, reimagining it as a Holman Biotech Commons.

She is an active member of the Association of Academic Health Sciences Libraries and the Medical Library Association. She was involved in projects funded by the Elsevier Foundation to support the information and medical education needs of Penn programs in Botswana and Guatemala. She has a BA from Temple University and an MS in Library and Information Science from Drexel University. 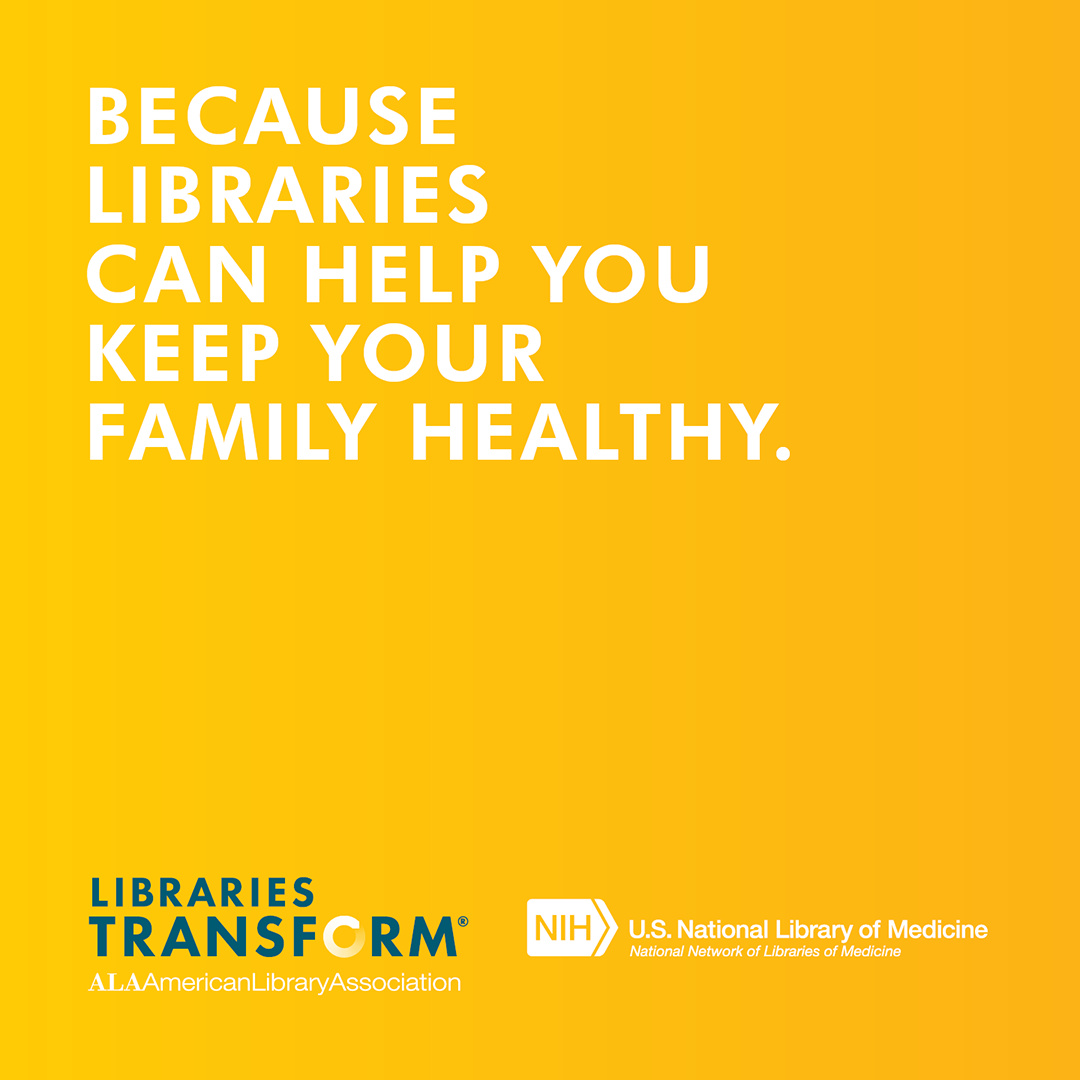 Brinn Gammer, an undergraduate student studying neuroscience and a Fellow in the SNF Paideia Program, was the 2021 - 2022 Intern for Penn Walks 2 Wellness, a university-wide wellness walk initiative jointly organized by the Penn Libraries and the Center for Public Health Initiatives. As an intern, Brinn utilized event planning and social media skills to promote weekly walks/ 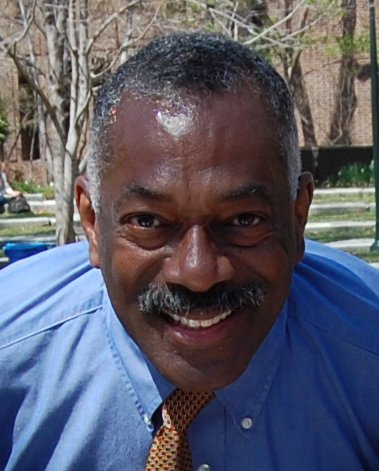 As the Community Outreach Librarian, Ancil were responsible for building upon an already well-established program of local engagement by seeking out new partnership opportunities and nurturing existing relationships. This included analyzing existing outreach programs and services that meet the needs of specific communities, designing projects to improve their accessibility and impact, developing instructional and promotional materials and training librarians who interact with external groups and work directly with target communities. He also coordinated the Libraries' services to patrons with disabilities, and maintained the Assistive Technologies room in Van Pelt's Goldstein Undergraduate Study Center. Extending his reach beyond the Libraries, Ancil served on the advisory boards of Penn's African American Resource Center, and the Greenfield Intercultural Center. Ancil holds a BA in Sociology from Penn, and an MS in Library and Information Science from Drexel University. After Ancil retired, he decided to continue working part-time in the Community Outreach unit.

Ancil is passionate about community outreach: 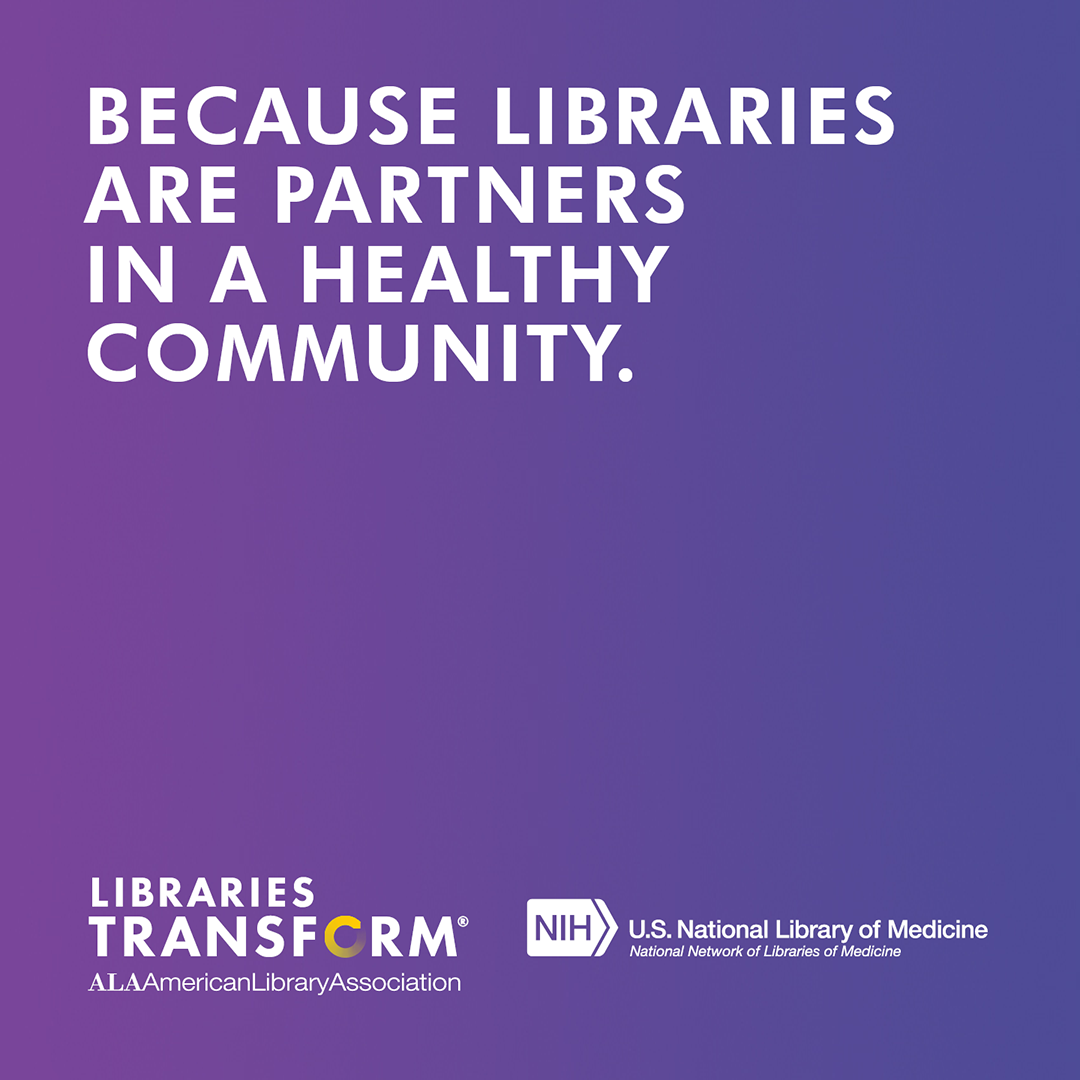 Sonny Hy is a recent graduate of the School of Nursing and previously, worked as a student assistant serving on the Penn Libraries' Community Outreach Team supporting school libraries, before becoming a Consumer Health Outreach Summer Intern in 2018. In September 2018, Sonny started working as a nurse at the Cleveland Clinic. Sonny is passionate about community health outreach: 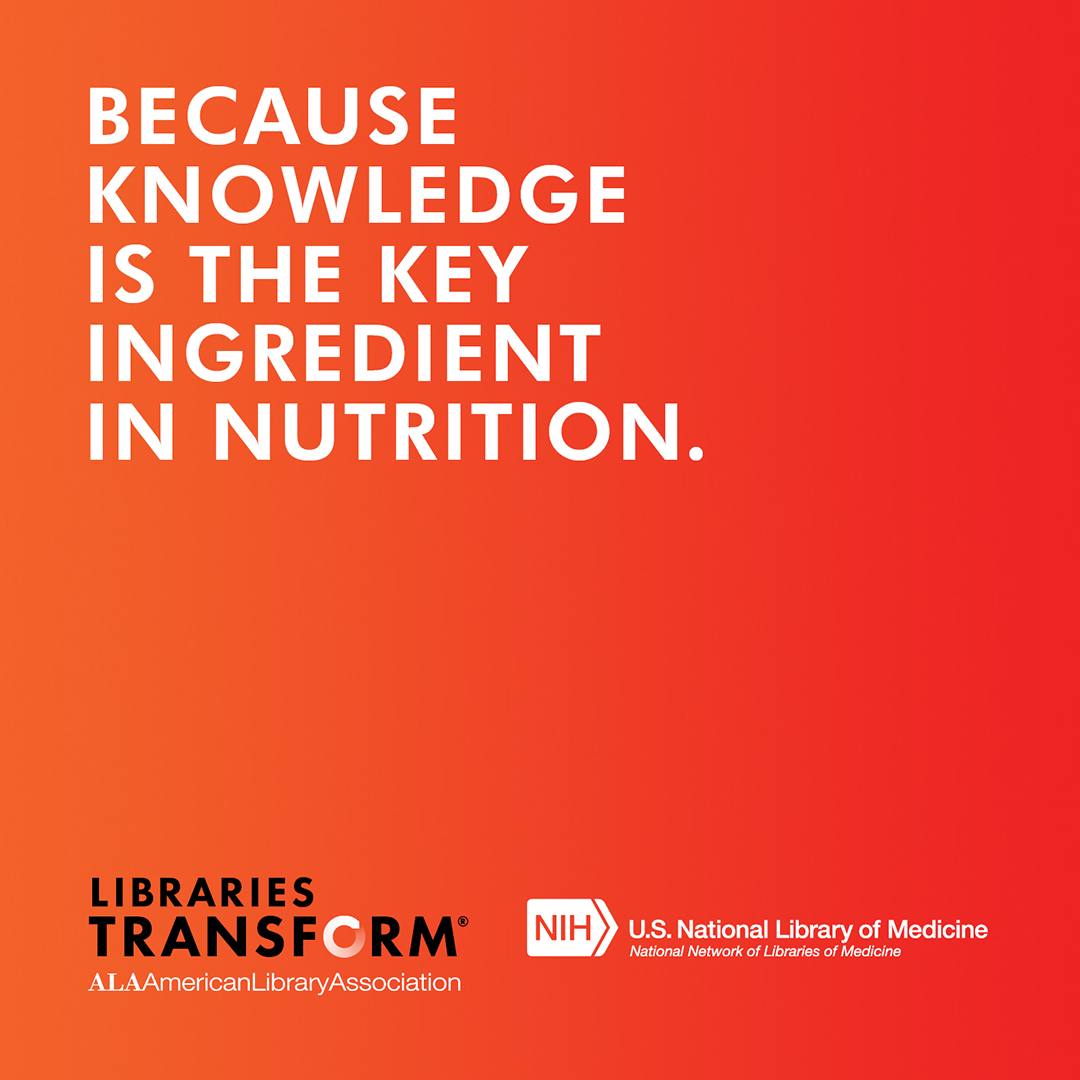 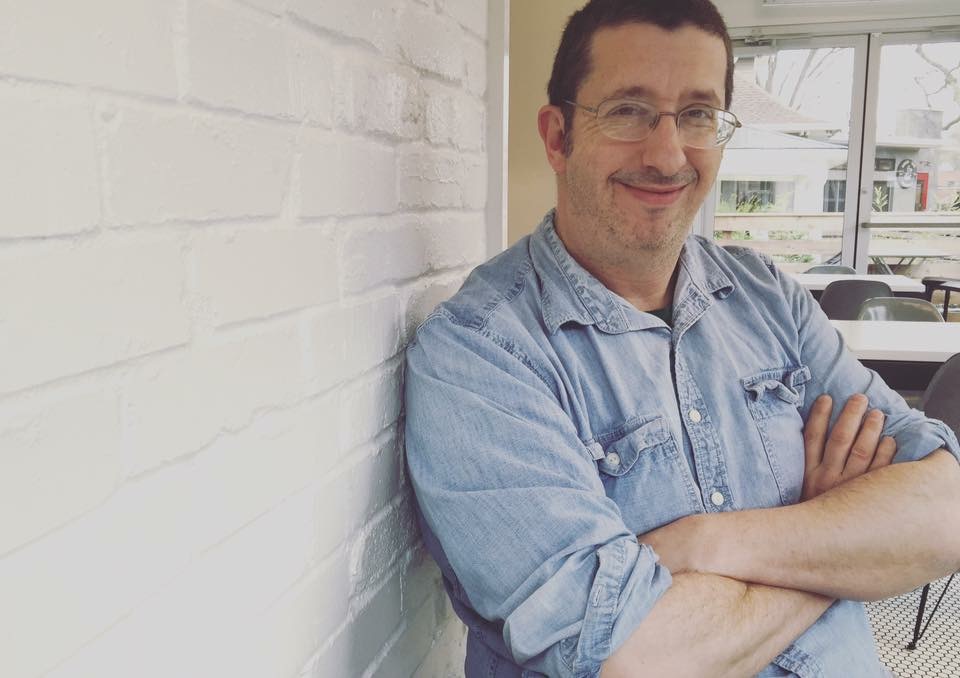 Richard provided outreach to the School of Nursing, including research assistance, instruction, and library support to undergraduate student nurses, faculty, and UPHS nursing staff and leadership. As the bibliographer for nursing, he also developed the Libraries' print and online resources in this area. Richard came to Penn from the Philadelphia College of Osteopathic Medicine, where he held the dual roles of Electronic Resources Librarian and Institutional Repository Manager, and previously worked at Holy Family University and the Community College of Philadelphia, mostly serving nursing and allied health programs.

Prior to becoming the medical librarian at Nemours, Richard served on the Family Advisory Council of the duPont Hospital for Children, as a technology column editor for the Journal of Hospital Librarianship, and on project leadership teams of the National Pediatric Cardiology Quality Improvement Collaborative. Prior to his library career, Richard studied nursing at the Queen Alexandria Hospital School of Nursing in Portsmouth, U.K.  He then worked in hospitals and long-term care in the U.K. for about 5 years, then came to the U.S. and worked for housing and homelessness organizations. Richard received his Master's degree in Library Science from Clarion University in 2010, and a B.A. in History from the University of Delaware in 2007.

Richard continues to be interested in the health care and support needs of at-risk, chronically ill, and Queer children and youth, and in increasing awareness of Adverse Childhood Experiences, toxic stress, and compassionate practices in health and social services professions. 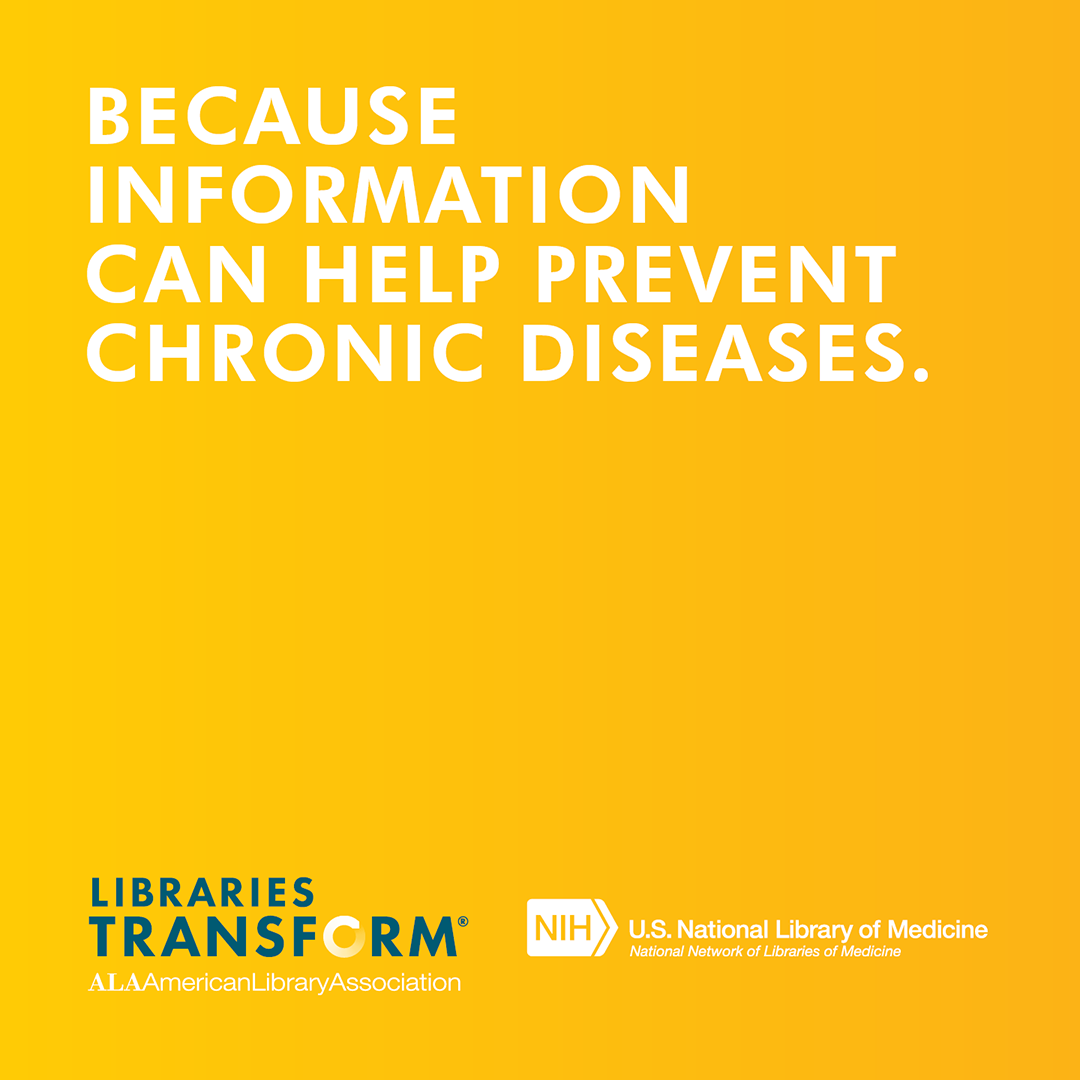 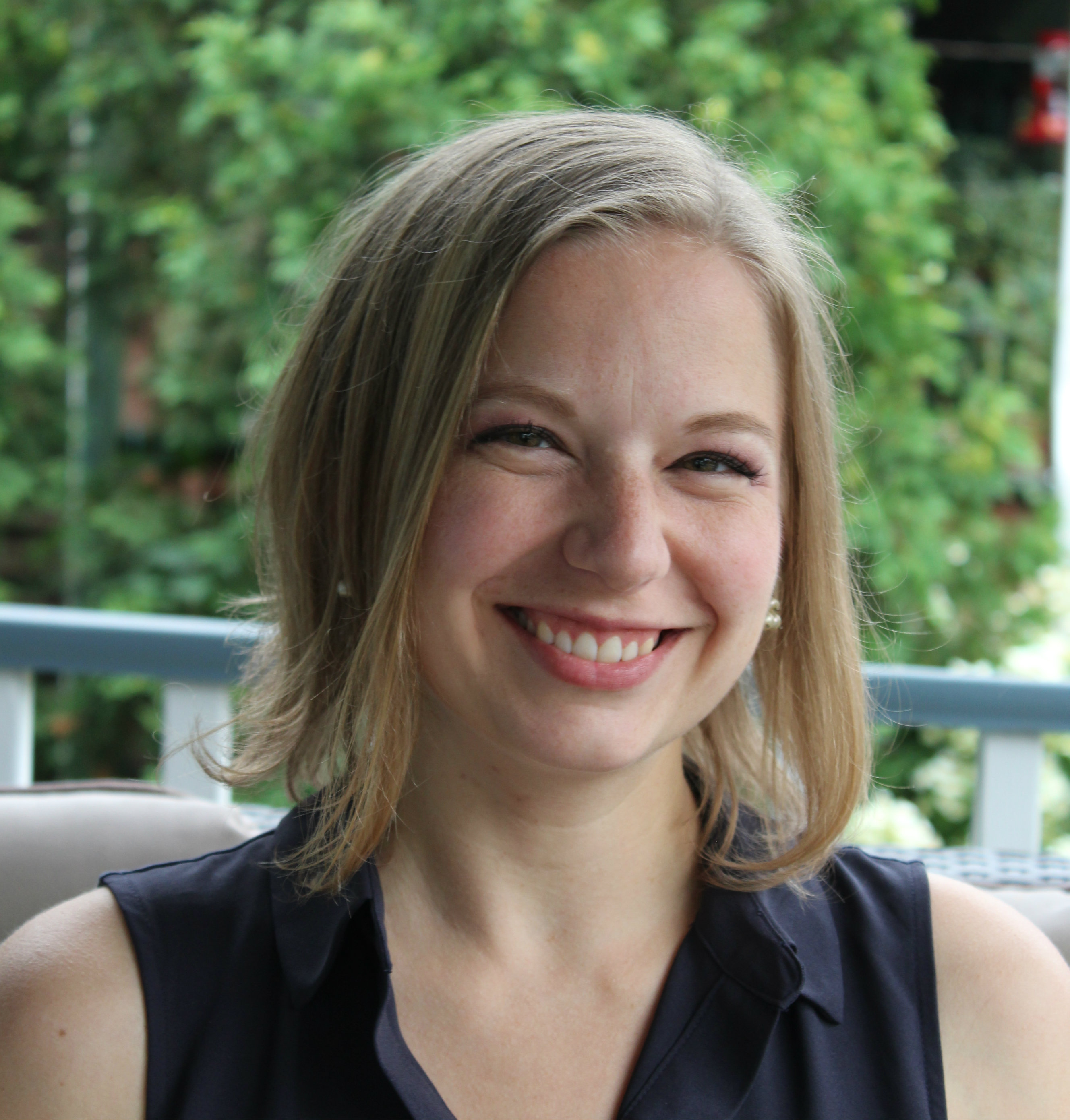 Kristen earned her bachelor's degree in psychology from Eastern University and previously worked for Philadelphia nonprofit Women Against Abuse, providing direct services for individuals experiencing intimate partner violence in the organization’s Legal Center and advocating for systems change in the Policy and Prevention Department. Upon graduating from Rutgers' Master of Information program with a concentration in Library & Information Science in the summer of 2018, Kristen accepted a full-time Reference Librarian position at the Jenkins Law Library in Philadelphia. As an information professional, Kristen endeavors to engage with communities and ensure equitable access to information to enable others to live safe, healthy lives and to make informed and empowered decisions. 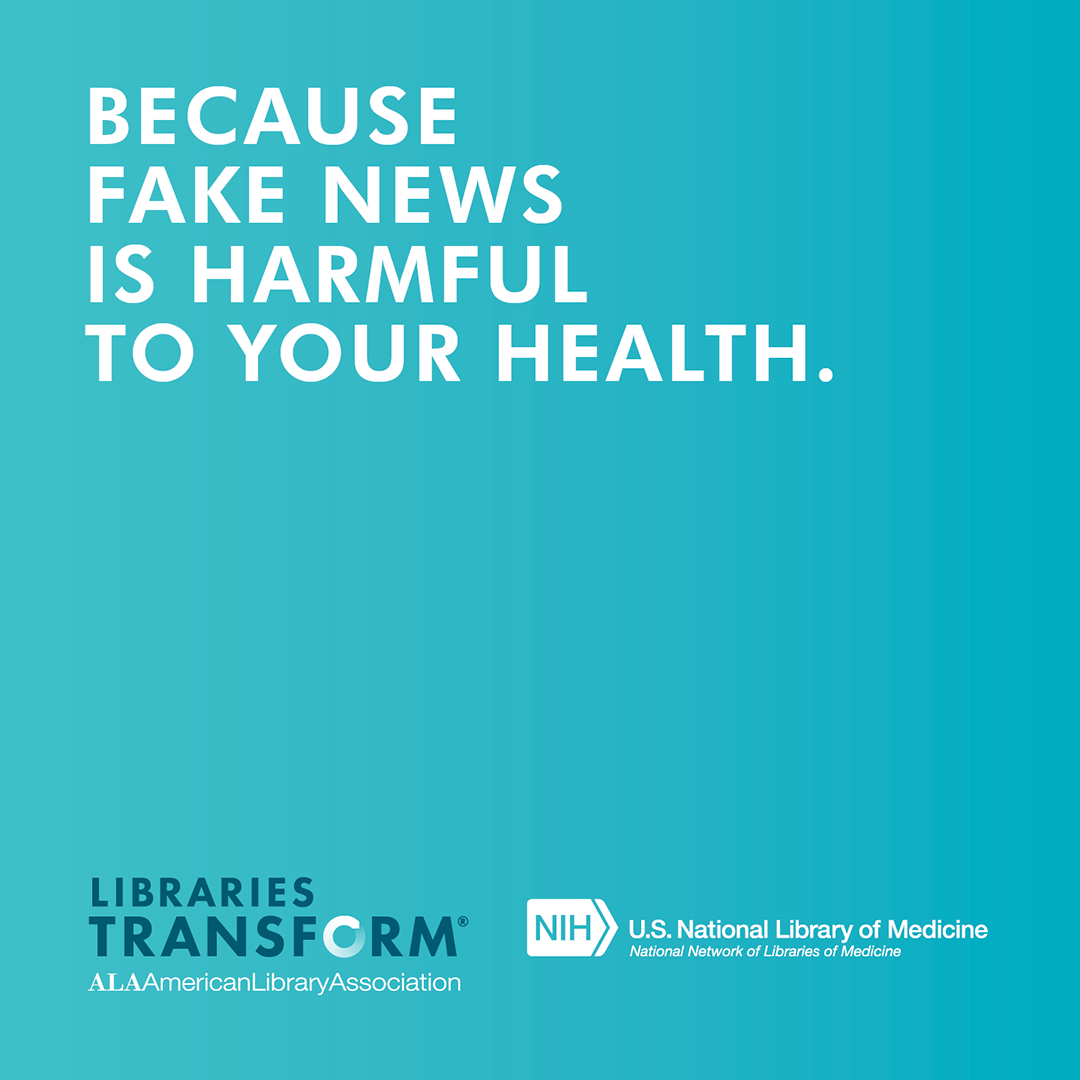 Sherry's areas of focus include the Master of Public Health program, the Center for Evidence-based Practice, and the Nursing Research Council. Sherry conducts course-integrated lectures for nursing students, and offers research related information consults to students, faculty, and staff.

Before coming to Penn, Sherry directed a nursing, gerontology, and health care management library, and a gerontology resource center at Hartford Hospital in Connecticut, serving hospital staff, as well as faculty and students of several allied health and nursing programs. Sherry is an RN, and has a BS in Nursing Education from Wilkes University, an MS in Library and Information Science from Syracuse University's School of Information Studies, where she focused on gerontology information and interned at the National Cancer Institute, and earned a PhD in medical anthropology at Penn. Her dissertation title is Living for Two: Family Caregivers' Stories of Life with Adults Who Have Intellectual Disabilities. Sherry also has an interest in complementary and alternative therapies, and is a Reiki practitioner. 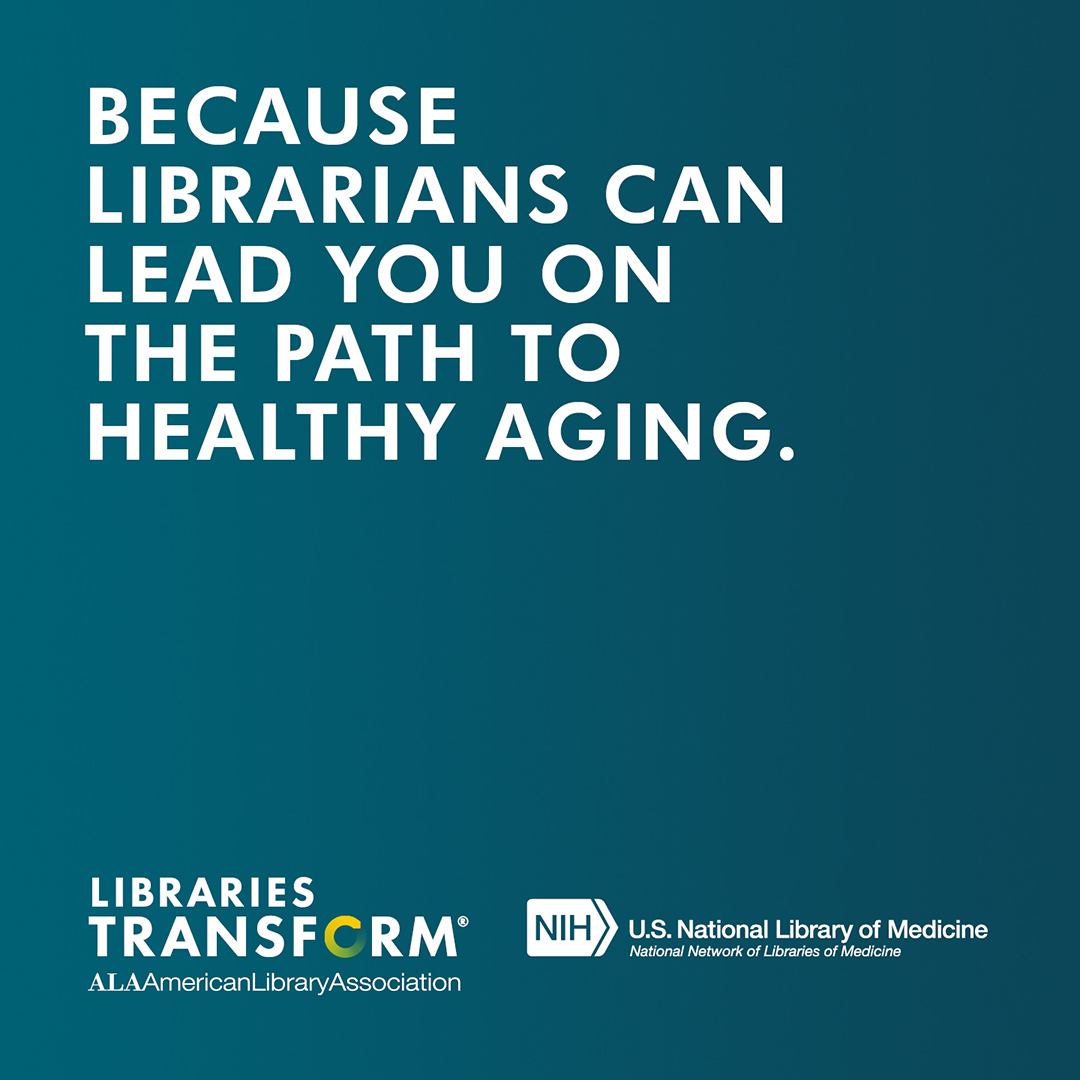 Sakshi transformed the Weekly Themed Wellness Walks into a student organization by establishing bylaws, recruiting new student members, and framework for social media for future students to build on. While the pandemic postponed the in-person walks well after Sakshi's graduation, she was able to collect and provide valuable student feedback. In Spring 2021, She graduated with an undergraduate degree in philosophy with a minor in chemistry and a Master's in Philosophy master’s program from School of Arts & Sciences. Upon graduating, Sakshi will pursue a Master of Public Health from Emory University.