Composers from the Nobility

Many members of the Austrian and German aristocracy participated in music-making at a level on par with the professional musicians who sought their patronage. Furthermore, being a patron of the arts allowed noblewomen to find the freedom to exercise their talents in literature and music.

Special occasions such as birthdays, name days, marriages, births and political victories gave rise to the need for special music to commemorate the event, and the operas by Wilhelmine of Bayreuth and Maria Antonia of Saxony served this purpose.

Wilhelmine, Margravine of Bayreuth was the favorite sister of Frederick II, King of Prussia. Like her more famous brother, she was a composer of chamber works and individual arias. Once married, she was able to have control over a musical establishment—the opera house at Bayreuth. She turned the opera house into a splendid jewel which attracted the best musical talent from all over Europe. Her only opera Argenore (1740) was believed lost. A copy of the libretto by Andrea Galletti had long been known to be in the holdings of the Universitätsbibliothek Erlangen. It took until the mid-20th century for a score in the holdings of the Staatlichen Bibliothek Ansbach to be identified as the work of the Margravine. In 1982, Hans-Joachim Bauer published a facsimile edition of this manuscript. This three-act opera, a tragedia, is in the seria style, and was composed and performed for the birthday of the Margrave Frederick.

Maria Antonia, Electress of Saxony was celebrated during her lifetime as the Tenth Muse. Her creativity embraced composition, poetry, singing, painting and fluency in several languages. Her Highness wrote both the music and libretti to her two operas Il trionfo della fedeltà (The triumph of fidelity, 1756) and Talestri, regina delle amazzone (Talestri, queen of the amazons, 1765), and performed in their premieres (in 1754 and 1763, respectively). Both works feature female heroines who, though they may be tossed by fortune, are nevertheless in control of their destinies. These operas were published in splendid illustrated editions by the Leipzig publisher Breitkopf (the library copy of Trionfo is missing the illustrations). Trionfo was, in fact, the first work to be printed by Breitkopf in his new moveable type system designed specifically for music. Maria Antonia financed the printing of her operas, and was likely a key person within the Dresden court in charge of making works by the court’s composers available for publication. The typesetting and printing of the opera took nearly a year.

The portrait of Royal and Electoral Princess Maria Antonia by Pietro Rotari shows her holding the libretto to Il trionfo della fedeltà. Underneath this are an aria and a drawing of the goddess Minerva. Her pose and the existence of a graphite pencil (atop the drawing) show Maria Antonia to be the creator of these works. Furthermore, her choice to draw Minerva, protectress of the arts, indicates that Her Highness wished to be perceived in this role at the Dresden court. Her first opera was a present to her spouse, Friedrich Christian.

The pan pipes as well as the pseudonym E. T. P. A. (for Ermelinda Talea, Pastorella Arcada) reveal the author to be a member of Rome’s distinguished Arcadian Academy, an association founded in the late-17th century whose goal was the return of Italian poetry to its classical simplicity and beauty, especially the poetry of  the opera libretto. Maria Antonia was one of the few Arcadians who was both a composer and a poet. 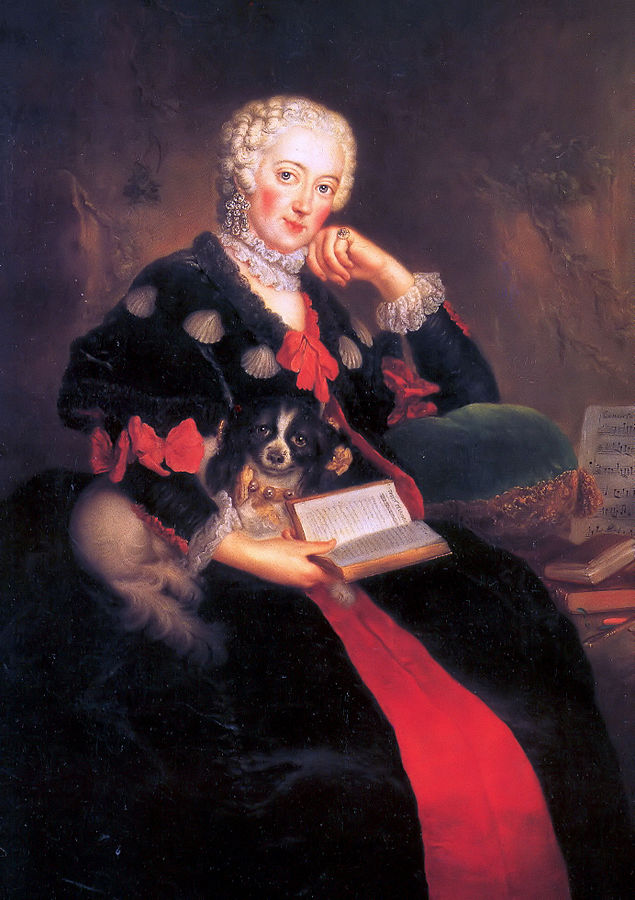 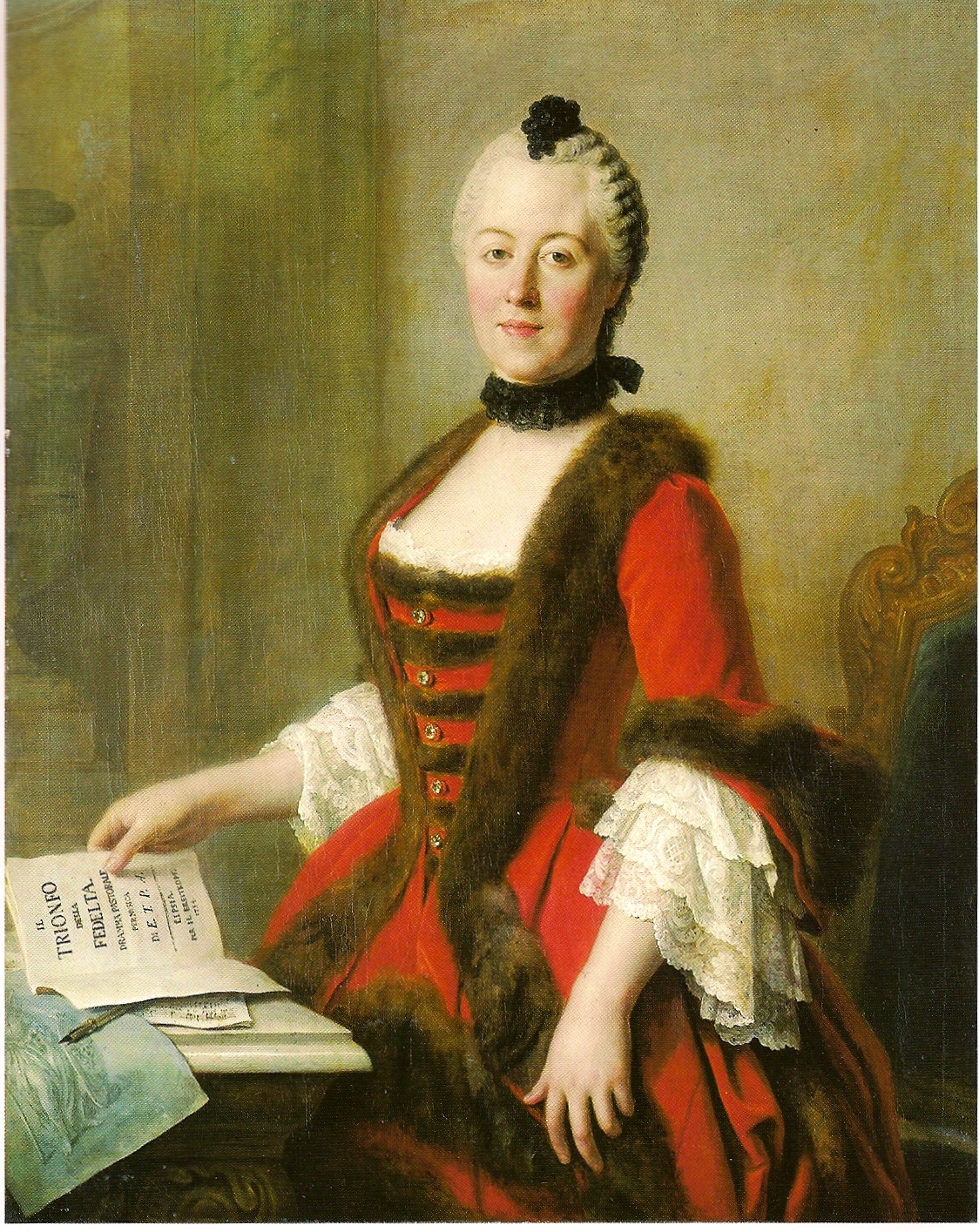 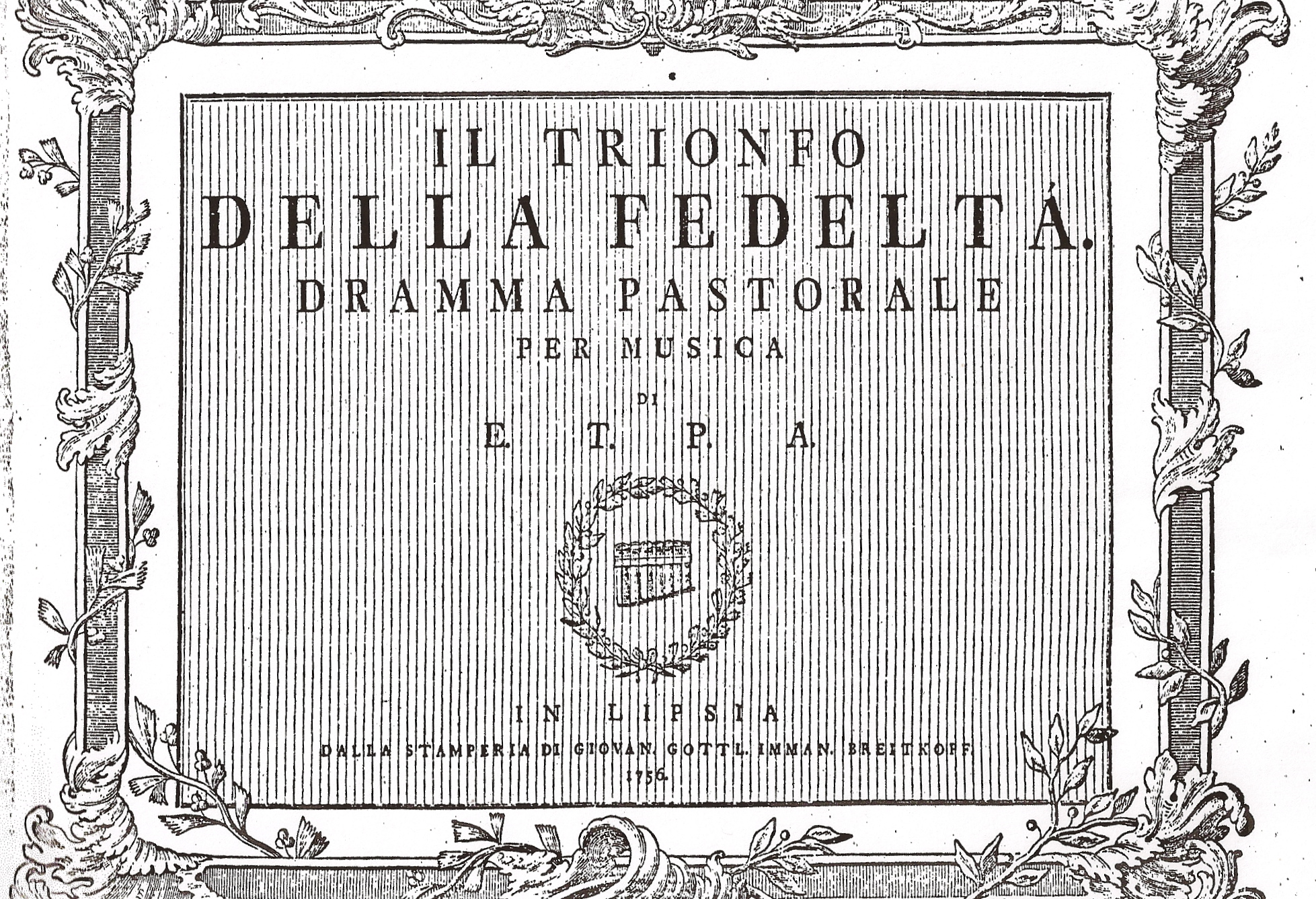