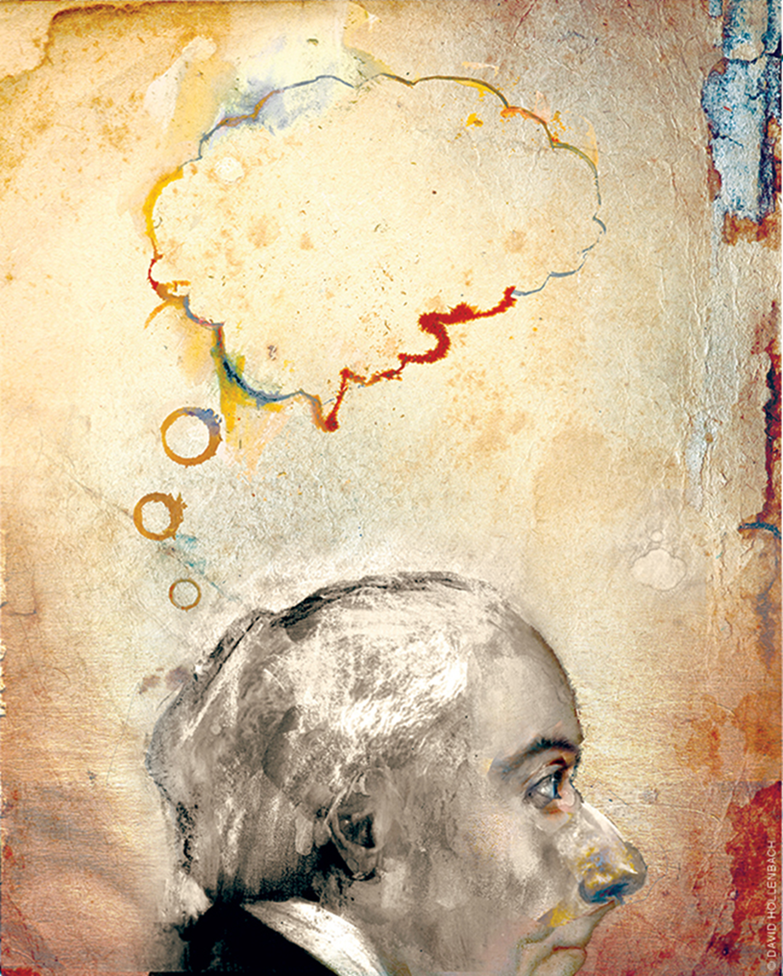 Rush on the mind (The Pennsylvania Gazette)

Benjamin Rush handled mental health cases from the beginning of his private practice in 1769. But his work and views on mental illness and addiction became more advanced and influential after he joined the medical staff of America’s first hospital—Pennsylvania Hospital in Philadelphia—and saw firsthand how the needs of these patients were being ignored. This is when he began demanding that mental illness and addiction (which, then, was primarily to alcohol) be viewed for the first time as medical conditions, and not failures of belief or will. He insisted that his students and fellow doctors view these mental diseases as worthy of treatment. “Patients with Madness,” he wrote, “should be the first objects of care of a physician.”

He also begged the hospital board to invest more money into the care of patients with mental illness, beginning with a startlingly obvious upgrade in the basement cells where they were locked. There were no heaters in these cells, because, at the time, it was believed people with mental illness could not feel hot or cold.

Dr. Rush knew they could, and also believed his early attempts at trying various medical and psychological treatments on mania, depression and psychosis were doomed to failure if his patients were freezing. He got his heaters, and “modern” mental health could begin in earnest. (Rush and his students also forced the hospital to halt the practice of allowing the public to pay to observe “mad” patients as entertainment.)

Rush lived at the time when all disease was beginning to be viewed more medically and scientifically, and less philosophically or religiously. He had first thoughts about how physical and psychological trauma affected the body and mind when writing about the impact of slavery on African-Americans, as early as 1773. He also noted the psychological trauma of the soldiers he treated on Revolutionary War battlefields.

In his post-war teaching at Pennsylvania Hospital, we have discovered notes from medical students as early as 1783 when he described depression as “a disease of the body as well as the mind,” mania as “a disease of the brain” and said both had “various causes” including “hereditary disposition.”

Rush first spoke publicly about his controversial ideas concerning mental illness at the February 27, 1786 meeting of the American Philosophical Society, where he delivered the first “annual oration” after the organization’s president, Benjamin Franklin, returned from France and jump-started the intellectual life of the newborn nation. In his talk, “An Inquiry into the Influence of Physical Causes upon the Moral Faculty,” Rush boldly proposed that some unusual, aberrant and even immoral actions were caused by physical disease, not by lack of faith or self-control. “Religious melancholy and madness, in all their variety of species, yield with more facility to medicine, than simply to polemical discourses or causistical advice.”

It was, he declared, “vain” to attack these symptoms “with lectures upon morality. They are only to be cured by medicine ... [and] laws for the suppression of vice and immorality will be as ineffectual as the increase and enlargement of our jails.”

Dr. Rush went on to force Pennsylvania Hospital to build a new building—the same size as the original—just for the care of patients with mental illness and addiction: it’s still there, on 9th Street between Spruce and Pine. By the time it opened in 1796, efforts to make care of mental health kinder and more medical were also beginning in France and England, under practitioners somewhat better known to history: such as Dr. Phillipe Pinel in Paris and William Touke at the York Retreat in England. But Rush and his students clearly came to these ideas largely independently, at the same time and, in some cases, several years earlier.

Ironically, after more than twenty-five years of work trying to modernize mental health care, Dr. Rush was confronted with his own family medical drama. His eldest child, thirty-year-old Navy physician Dr. John Rush, who was expected to take over his father’s practice, had a psychotic break and became suicidal in the aftermath of a duel in which he killed a close navy friend in New Orleans. The Navy attempted to treat him, through several remissions and then more attempts at suicide, until they were finally forced to send him home in 1810, to be cared for by his father, the famous Dr. Rush. John spent the rest of his life—over thirty years--as an inpatient in the new psychiatric building of Pennsylvania Hospital. 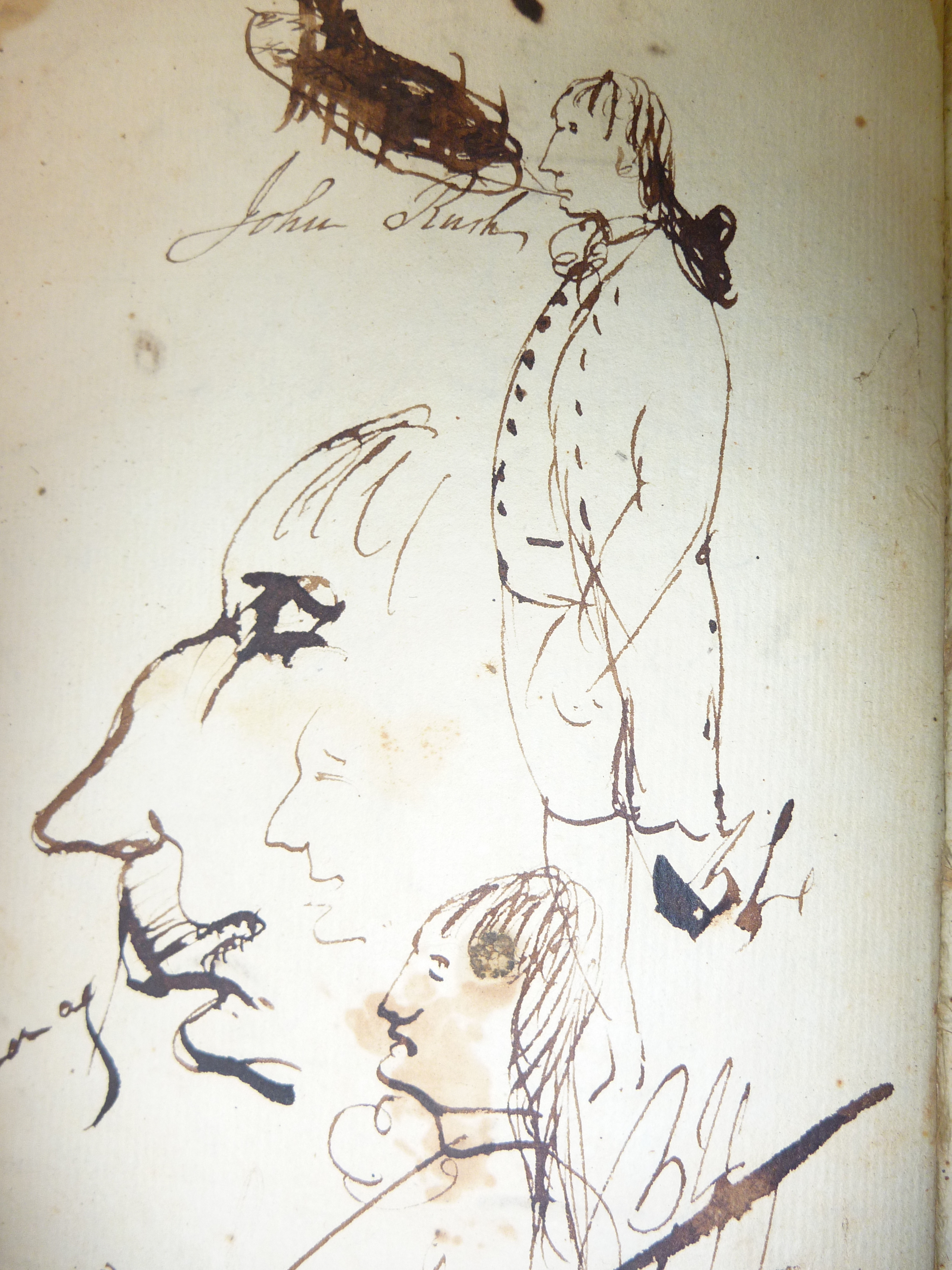 Only known drawing of John Rush in uniform; Drawn by Benjamin Rush
Library Company of Philadelphia

Rush used John’s hospitalization to do something very new and very American—he told this family secret in an open letter to the hospital board in 1810, attempting to force them to put even more funds into the care of mental illness and addiction. He asked for new featherbeds, new chamberpots, and the hiring of more people who could actually talk to the patients and write down what they were saying, and help create “certain kinds of labor, exercise, and amusements” for them--early versions of talk therapy and occupational therapy. He ended his letter by noting that he had been requesting many of these things, “long before it pleased God to interest me in their adoption by rendering one of my family an object of them.”

During the last year of his life, Rush devoted much of his time to churning out the very first American book on mental health care, “Inquiries and Observations Upon The Diseases of the Mind.” When it came out in the fall of 1812, his closest friend John Adams congratulated him for daring to tackle a controversial subject that was “one of the most important, interesting and affecting, that human Nature and terrestrial Existence exhibit. And you will merit everlasting Thanks for your Species, for your Attempt to investigate it.”

Rush died six months later; his mental health book lives on as one of the most important early volumes on brain disease. 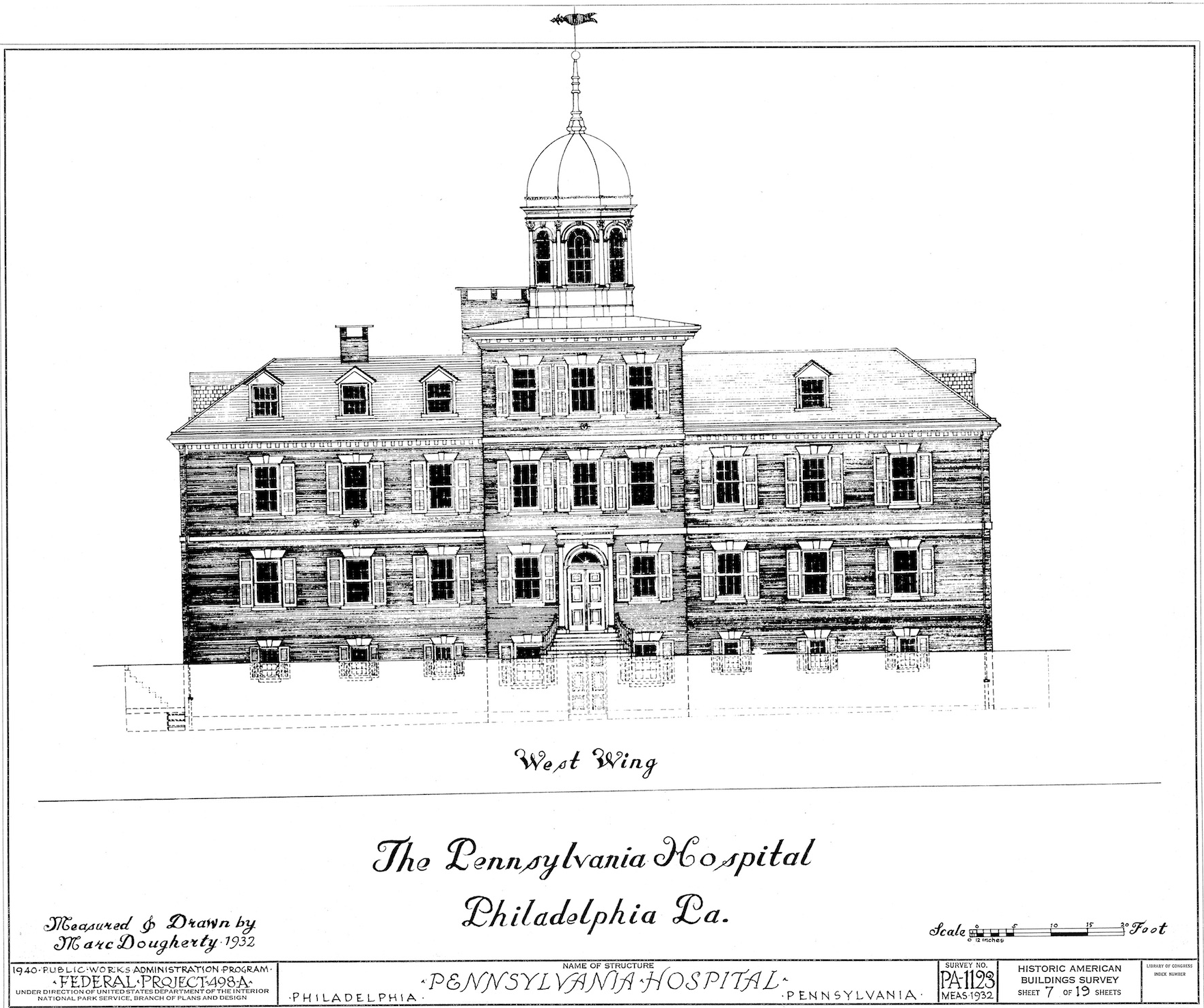 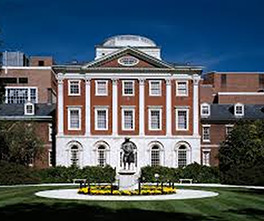 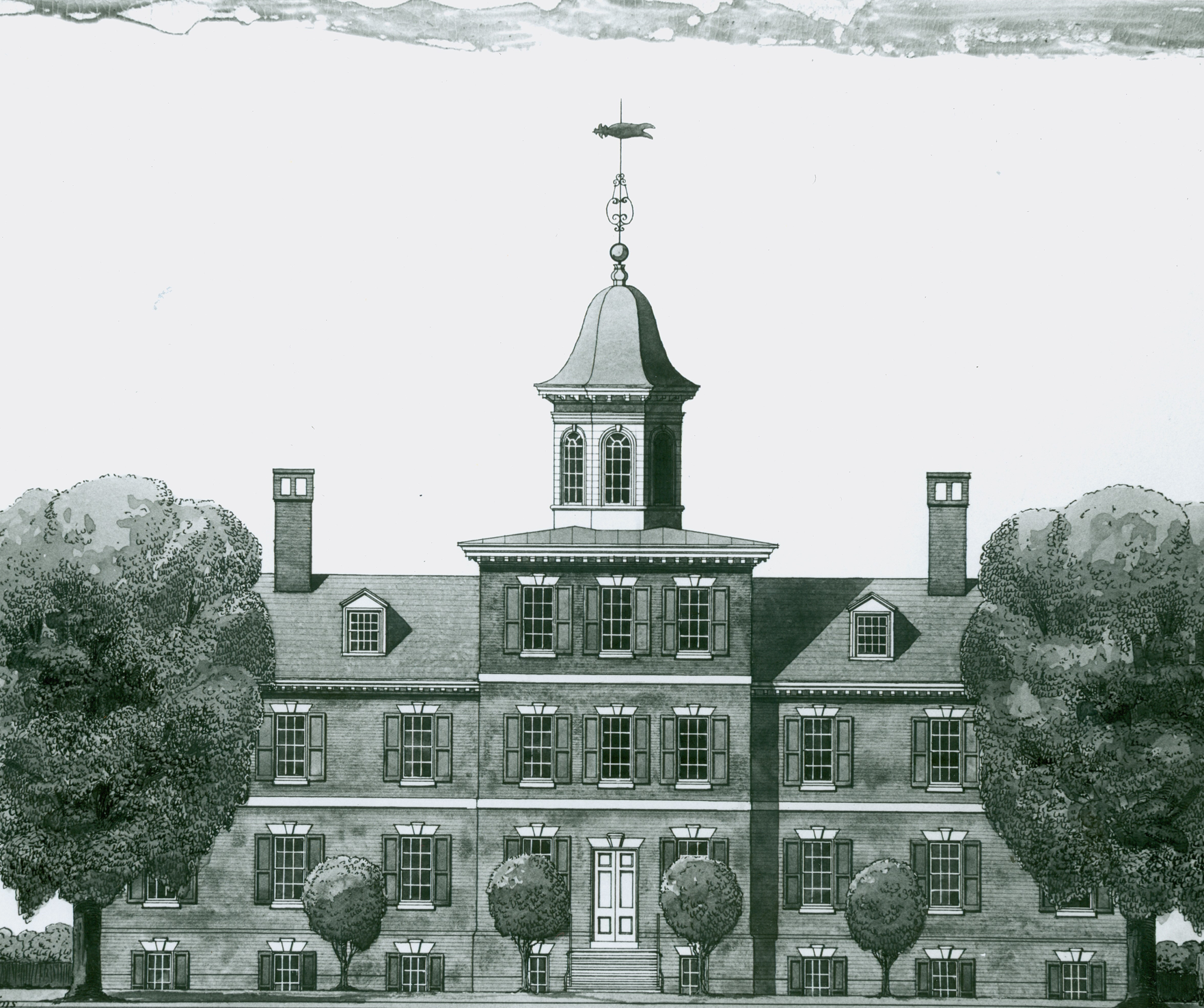 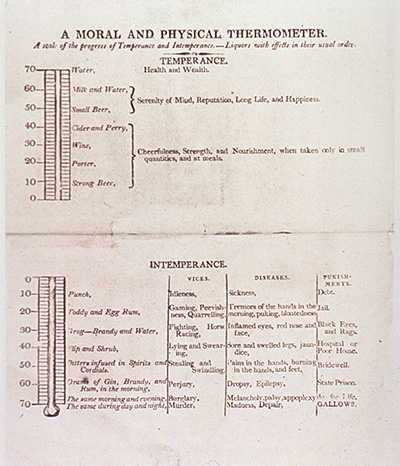 Picture of a thermometer from Rush's "An Enquiry Into the Effects of Spirituous Liquors upon the Human Body, and their Influence upon the Happiness of Society"

Jacques-Pierre Brissot was a French writer who visited America and spent some time with Benjamin Rush. He wrote his observations in the basement of PA Hospital in his book called New Travels in the United States of America.

Each patient, he noted, 'had his cell, with a bed, a table, and a convenient window with grates. Stoves are fixed in the walls, to warm the cell in winter.... These unhappy persons are treated with the greatest tenderness; they are allowed to walk in the court; are constantly visited by two physicians.... None of these fools were naked, or indecent... These people preserve, even in their folly, their primitive characteristic of decency.'

'What a difference between this treatment and the atrocious regulations to which we condemn such wretches in France! where they are rigorously confined, and their disorders scarcely ever fail to increase upon them.'