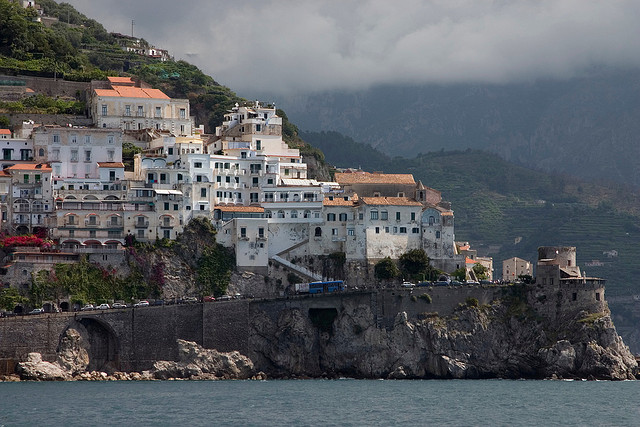 Amalfi Coast between Positano and Amalfi, courtesy of Jimmy Harris

The Amalfi Coast is located on the southern coast of the country, and provides travelers the best of both worlds—vivacious coastlines where you can dine in at one of their many renowned restaurants, and lush forests for those who wish to hike through any of their marked trails. The Amalfi Coast is also honored by the UNESCO World Heritage Site as a cultural landscape. 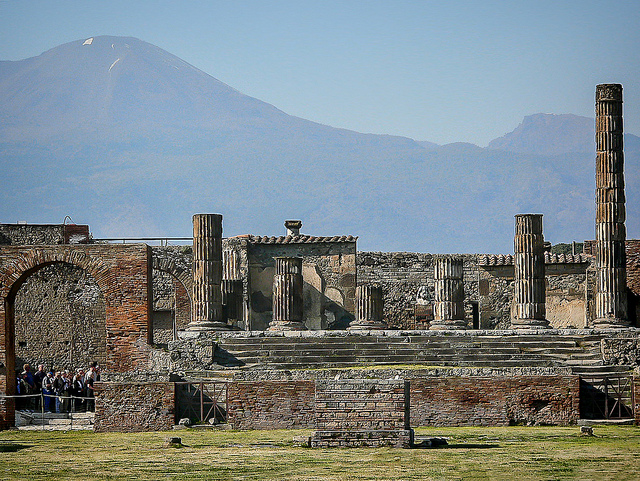 Mt. Vesuvius looms over the remains of the Forum in the ancient Roman city of Pompeii near modern-day Naples, Italy, by Mary Harrsch

Pompeii was an ancient Roman town which met its demise in 79 CE after the eruption of Mount Vesuvius.  Now, the town has been excavated, with many of the town's original artifacts and structures still in-tact. Pompeii has been listed as one of UNESCO's World Heritage Sites, and attracts millions of visitors each year with its unique and wondrous look at such an impactful moment in history.

Voyage of the Ancient Empires: Malta to Rome 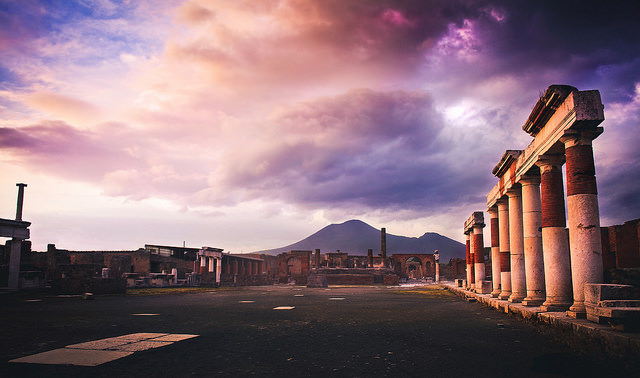 Pompeii, courtesy of Nathan O'Nions through a Creative Commons License 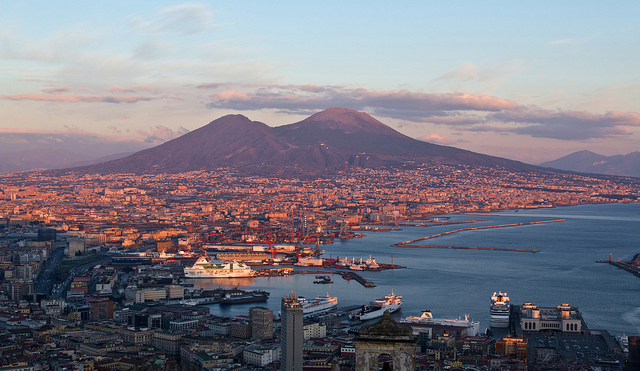 Having been first established in the second millenium BCE, Naples' history is extensive and poignant, registering the city as a UNESCO World Heritage Site. Naples was once the most-bombed city during World War II, but has since undergone reconstruction and revitalization to bring the city back to its roots. Naples is the originating city of pizza, as well as having continuously influenced the realms of cinema, music, art, and literature. 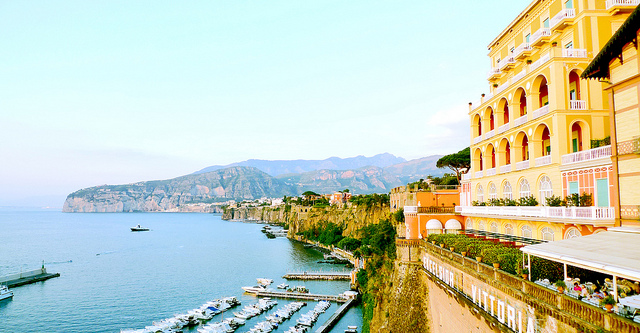 Sorrento is one of Italy's most popular destinations for visitors, attracting celebrities and international tourists alike. With numerous hotels along the coast, foods from local agriculture, and a rich history dating back through the ancient Roman empire, Sorrento has it all. 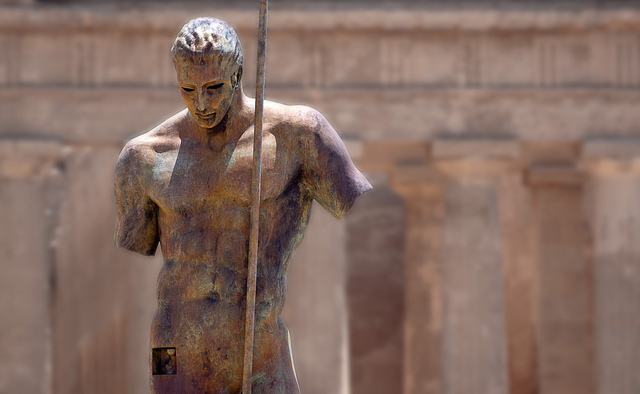 Argrigento was once one of the most flourishing cities during the golden age of ancient Greece. Over the years, Argrigento has suffered destruction most prominently through Roman battles to control the land, and the bombings of World War II; however, much beauty reigns on. The archaeology and architecture of the city leaves its visitors captivated. 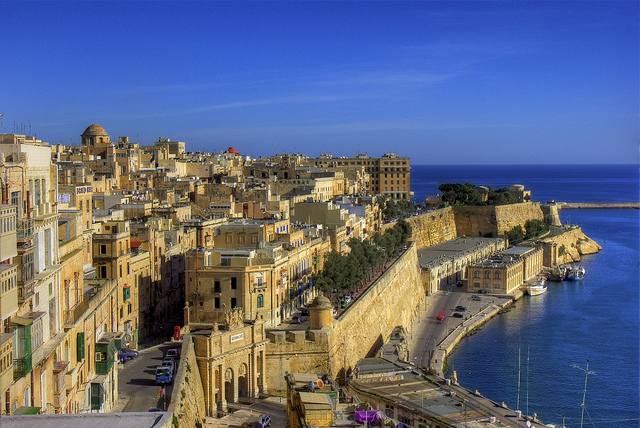 Valletta is one of Italy's newest cities at the young age of 440 years-old, yet presents a rich and unique history. Valetta has been under the rule of seven different governments, and also contains 320 historical monuments in its small area of land. Also, much like many other cities along the Mediterranean coast, Valletta suffered heavy destruction throughout World War II. Since, the city has taken to preserving its architecture and providing new developments, all of which has allowed Valletta to be named as a UNESCO World Heritage site, as well as the selected European Capital of Culture for 2018. 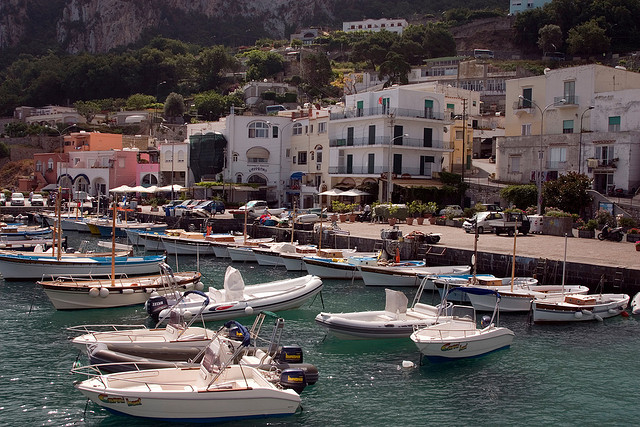 An island south of the Gulf of Naples, Capri offers some of Italy’s richest history, claiming the ability to boast of its past home to Roman emperors and some of Italy's most famous architects, artists, and writers. Capri is often viewed as a haven for those who wish to escape to a more private resort, providing visitors with small villas and a beautiful coastline. 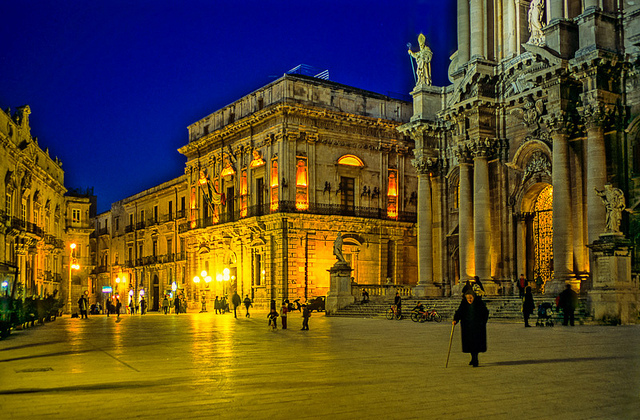 Siracusa, the capital of Sicily's Syracuse province, is home to some of Italy's most prominent history, playing an important role in Greek history through its destruction in the World War II bombings. Siracusa has been listed as a UNESCO World Heritage site, with much reconstruction promoting the city's incredible architecture, including numerous churches, cathedrals, and Roman ampitheatres. Siracusa was the birthplace of the renowned mathemetician Archimedes, as well as the home to Paul the Apostle. 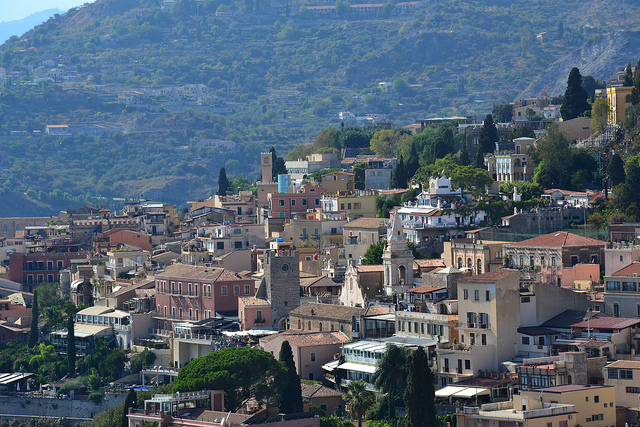 Taormina is a small town on the coast of Sicily, attracting many tourists each year due to it's astounding views and relaxing nature. Many come to enjoy the town's beautiful beaches, as Taormina is on the shores of the warm Ionian Sea. In addition, Taormina presents visitors with the opporunity to enjoy a night out at a local restuarant or lively bar, all while enjoying the town's historical architecture.