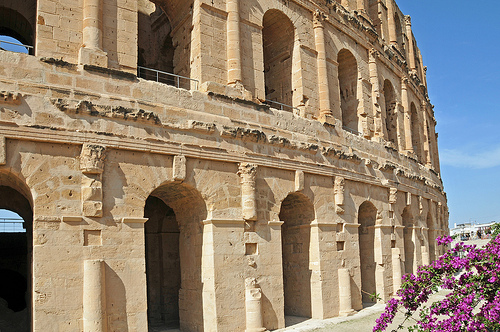 (You can't go to Tunsia with Proffessor Roger Allen wihtout reading some novels.)

Prayer Hall in Mosque of Uqba 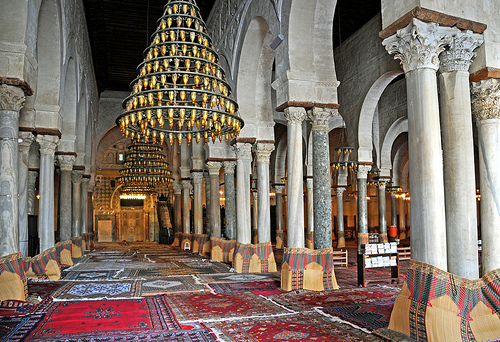 Selected and Annotated by

In this sumptuous, sensual film from Tunisia an attractive widow just edging into middle age begins to explore a new side of her personality and finds renewal. After the death of her husband, Lilia (Hiam Abbass) finds herself at a loss for what to do with her life. Her teenage daughter, Salma is just old enough to be developing a life of her own, and is too busy with school and her friends to spend much time with her mother. Lilia fills the days by watching television and obsessively cleaning her home, but she feels lonely and out of sorts. Lilia begins to suspect that Salma is dating an older man, and one evening, after Salma's dancing class, she spies her leaving with a musician named Chokri . Lilia discovers that Chokri performs at a nightclub featuring a troupe of belly dancers, and she goes to the club one night to confront him. Lilia is initially embarrassed by the boisterous atmosphere of the cabaret and the scanty dress of the dancers, but she soon finds herself drawn into the devil-may-care attitude of the patrons and performers. Lilia also finds herself becoming fascinated with belly dancing, and begins learning how to perform the sensuous dances herself; in time, she becomes a performer at the club and finds herself drawn into a relationship with Chokri. Satin Rouge was Ms Amari’s first feature film, and skillfully explores the spaces in Tunisian society available for women to express themselves publically, and emerge as capable, confident individuals.

A coming-of-age comedy/drama set in the poor Halfaouine neighborhood of Tunis, twelve-year-old Noura, finely played by the director’s nephew, is an impressionable boy who must learn to reconcile two conflicting worlds - the loving world of Muslim women and the vastly different, harsher world of men. In his current state Noura is divided between these two worlds: that of men on the streets, and the largely hidden, domestic life of women. He can still share the hammam, or public bath with the women, but not for much longer. His oncoming puberty and budding sexuality mean he is almost ready to make the transition to adult male life, an event he fears. Boughedir paints a happy picture of Tunisian life and illustrates the subtle and complex relationships between men and women in Tunisia. 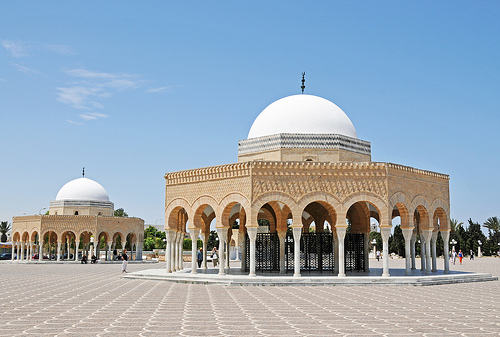